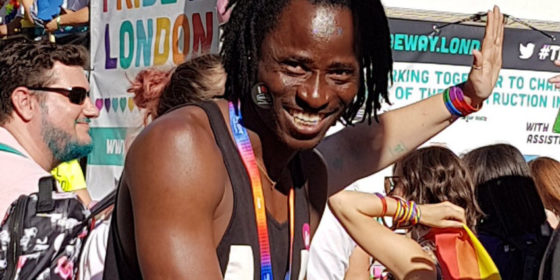 On Saturday, police arrested 40 gay men at a private party in a Lagos hotel in Nigeria. The party offered attendees counseling and testing for HIV.

About 40 ‘suspected homosexuals were arrested,’ a police spokesman told media the following day. They will soon appear in court to face their charges. The Nigerian police force did not respond to comment.

Nigeria does not recognize LGBTI rights nor does it offer any legal protection against discrimination. They face criticism from organizations across the world, including the United Nations, for not doing enough for their LGBTI citizens. In 2014, Goodluck Jonathan, former president of Nigeria, signed the Same-Sex Marriage Prohibition Act. The law criminalizes all forms of same-sex unions and imposes life imprisonment for some acts.

‘These men were trying to save their lives and make their country better by preventing the spread of HIV,’ Bisi Alimi, a Nigerian gay rights activist told Reuters. In 2004, Alimi became the first person to come out on television in the country. He now resides in Britain, continuing his activism work for the LGBTI community and HIV awareness.

According to a recent report by AVERT, ‘Nigeria has the second largest HIV epidemic in the world’. As of 2015, between 3.2 and 3.5 million people in Nigeria live with HIV. In that same year, AIDS-related deaths rose to 180,00.

‘Let’s address the persecution of LGBT people in Nigeria’

Alimi took to Twitter early Monday to address his followers about the arrests and the larger problems in Nigeria facing LGBTI people.

Let’s talk about the persecution of #LGBT people in #Nigeria and the country and the world that has ignored them.

Yes I am talking to you, the over 180m Nigerians, everyone of you. Every single one of you.

Sad thing about these arrests is the fact that these men are gathering to provide sexual health awareness, something the govt failed to do

These arrests come only months after 53 gay men were arrested in Zaria for throwing a ‘gay wedding’.