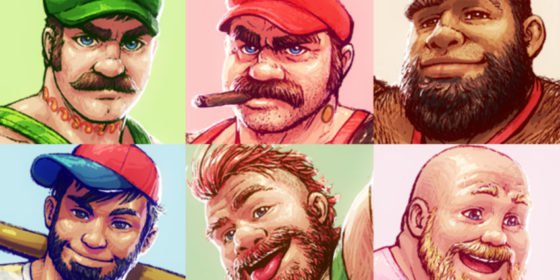 Fans of Nintendo’s Super Smash Bros franchise will appreciate the art, with characters such as Mario, Luigi, Pikachu and Kirby.

Gutierrez is from Argentina but lives in Chile. He’s the co-founder and Art Director at Oso Apparel, which he describes as: ‘Bear apparel for bear-lovers, geeks and fashion-forward folk.’

He drew a total of 12 characters and it’s everything you didn’t know you needed right now.