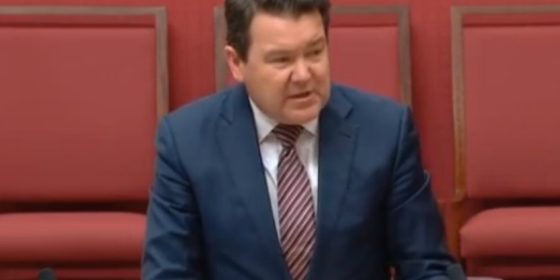 Australia’s parliament has finally made a move to take action against Chechnya for its ongoing persecution of gay men.

Two openly LGBTI Senators from the two major parties – the Liberal Party’s Dean Smith and Labor’s Penny Wong – moved a motion for the government to take greater action about the situation.

It was revealed in April that the Chechen government has been rounding up gay men into concentration camps, torturing and killing them since December last year.

Today’s motion backed the UN’s Free and Equal campaign which is a global public education campaign which raises awareness of homophobic and transphobic violence and discrimination, and promotes greater respect for the rights of LGBTI people globally.

The motion also ‘welcomes that these concerns have been raised by the Australian Government on six separate occasions directly with the Russian Government’.

The motion comes only a month after a similar motion put forward by Greens’ Senator Janet Rice was voted down.

‘Just.equal has been calling for stronger action by the Australian Government since news reports began emerging of the anti-LGBTI persecution in Chechnya,’ said its spokesperson Rodney Croome.

‘We would also like to see the Prime Minister make a public statement condemning the actions of the Chechen authorities and calling on the Russian Government to step in and stop the persecution.’

A petition has been formed to urge Australian Prime Minister Malcolm Turnbull to do more to help the men in Chechnya.