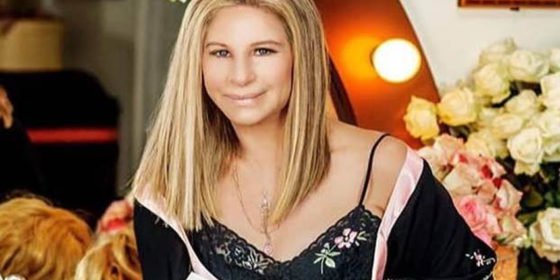 Barbra Streisand is paying tribute to the legions of gay fans who have been supporting her since the start of her career more than 55 years ago.

‘The first time I ever sang for a paying audience was at a gay club, The Lion, in Greenwich Village,’ Streisand, 75, writes in Billboard.com for LGBT Pride Month.

‘I was 18 years old and had never been in a nightclub before. The gay community supported me from the start, and I will always be grateful.’

Streisand continues to release best selling albums each year but her movie career as an actress and a director has slowed significantly in recent decades.

One of her big regrets is her inability to successfully bring Larry Kramer’s play The Normal Heart to the screen after she bought the rights to it.

It was finally made by Ryan Murphy in 2014 and aired on HBO. The film won an Emmy Award for outstanding television movie.

‘I remember sitting in a theater and watching Larry Kramer’s play, The Normal Heart, with tears running down my cheeks,’ Streisand writes.

‘It was 1985 and Ronald Reagan was president and it was heartbreaking to know people were dying while he refused to even say the word AIDS. I wanted more people to see this powerful story about everyone’s right to love, so I tried for 25 years to get it made as a movie. No one would touch it, but thank God times have changed.’

Streisand, mother of openly gay singer Jason Gould, adds: ‘Marriage equality is the law and that deserves a toast… to all of us, because we’re all unique and beautiful in our own way and entitled to love and be loved by whomever we choose.’