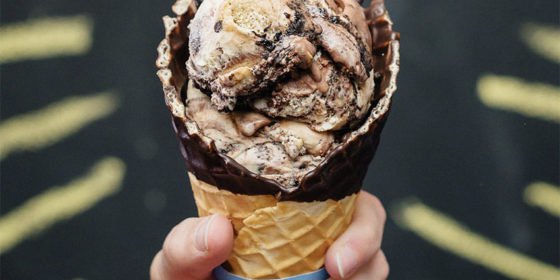 After they controversially banned people from ordering two scoops of the same ice-cream flavour in their Australian shops, Ben & Jerry’s is now taking their for marriage equality to the government.

Last month the ice-cream giant’s move got them international attention, with even celebrities like, Ashton Kutcher weighing in on the same-sex marriage debate in Australia.

Ben & Jerry’s latest move was to install postboxes at their stores. People can put their messages for marriage equality into the postboxes and the company will deliver them to politicians in the nation’s capital, Canberra.

It could happen tomorrow

Australia’s parliament has resumed a new session with Ben & Jerry’s calling on Australia’s political leaders to act on the issue sooner rather than later.

The Prime Minister Malcolm Turnbull could introduce legislation to amend the Marriage Act to change the definition to marriage from between a man and a woman to two people.

Marriage equality has majority support in both the House of Representatives and Senate. In theory, if the legislation was introduced it would be passed and marriage equality would become a reality in Australia.

The governing Liberal Party are digging their heels in over about wanting to decide the issue with a public vote. But the idea of plebiscite was knocked back in the Senate last year.

Ben & Jerry’s store at Bondi in Sydney was the first to hand in their messages dropping them off at PM Turnbull’s electorate office.

‘We’ve made it easy for Australians to take action, by sending a message to MPs and urging them to make marriage equality a reality when they return to Canberra,’ said Imogen Rugg, Ben & Jerry’s Australia spokesperson.

‘We have been overwhelmed by the level of support for our campaign internationally and here in Australia. If you haven’t or can’t send a postcard, make sure you have your say – the fight for marriage equality won’t stop until same sex couples are extended the same civil rights as heterosexual couples.’

People who can’t make it into a store – or who might not like ice cream – can still let their voices be heard online. They can send a message directly to Australian MPs through the Equality Campaign.