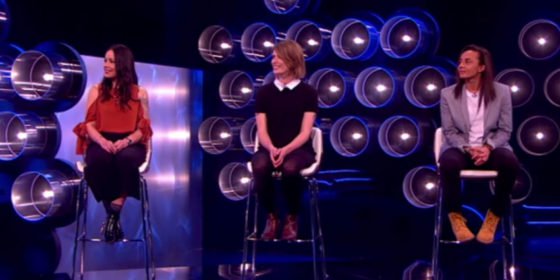 From 1985 to 2003, Blind Date delighted British audiences every Saturday night. But it wasn’t until it came back on air last month for a revamped version that it finally changed up its long-standing opposite-sex structure.

We met Jane from New Zealand, who moved to the UK last year. O’Grady joked: ‘What was the lesbian scene like in New Zealand? A couple of women in a shed?’

Then we met Steph from South Hampton, who enjoys playing on her ukulele and watching serial killer documentaries.

And finally, Sarah from Reading, who is a semi-pro footballer. 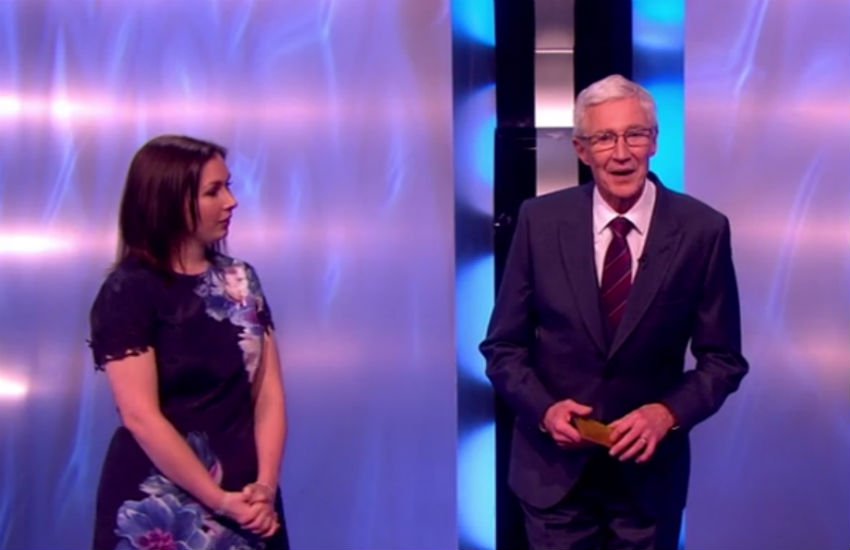 Choosing between the lovely ladies was Alice from Leeds, a Celine Dion super fan.

Alice asked the contestants a series of questions, from signature dishes to weird hobbies.

Watch the hilarious episode on Channel 5.

But as for who Alice chooses…

It’s Steph and they’re off to learn yoga on the 69th level of one of London’s tallest towers.

Britain First, a British far-right group, took to Facebook to express their anger on the lesbian contestants.

All in capitals, they wrote: ‘POLITICAL CORRECTNESS: BLIND DATE TO FEATURE FIRST-EVER LESBIAN ROUND TO TIE IN WITH LONDON PRIDE 2017!’

The post seems to imply the inclusion of lesbian contestants is just for political correctness.

One commenter replied: ‘If they want to be lesbian’s (sic), fine, but why should it be pushed down everyone else’s throat like it is normal, which it isn’t. Personally it turns me up but I accept that some people are born this way.’

Another said: ‘Remind me to miss it next will have cross dressers wanting to appear on the show.’