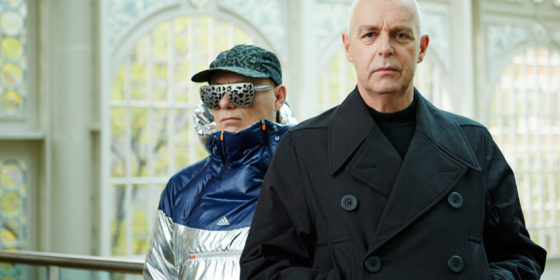 This week marks the return of the epic Brighton Pride.

Returning with a ‘Summer of Love’ theme, the LGBTI fest in the city by the sea takes place from 4-6 August. Much of the action centers around Saturday 5 August, the day of the Pride Community Parade.

Commonly 300,000 people take part in and spectate the march, dubbed a Carnival of Diversity.

It starts at Hove Lawns at 11am on Saturday before traveling through the city centre. (See the full parade route here.)

The Pride Festival also takes place on Saturday in Preston Park, kicking off at noon, with an array of huge names performing for party-goers.

Here, we count down the six acts we’re most exited about seeing on the day…

Fronted by the openly gay Olly Alexander – whose life was recently the subject of a BBC3 documentary – Years & Years are one of the UK’s biggest music success stories of recent years.

They scored a number one album in the UK with Communion in 2015, as well as a number one single King the same year. Follow up single Shine hit number two.

The band will play this UK Pride exclusive performance on the Festival Main Stage on Saturday 5 August.

X Factor alumni Lucy married her longtime girlfriend last year, and the pair were this year approved as foster carers.

The star, who rose to fame on the 2011 series of the ITV show, has released for studio albums in the years proceeding, at a rate of one every two years.

The burgeoning pop act have released a handful of glittering singles since their formation in 2014, including last year’s Who Do You Think Of?, which has achieved almost 35 million plays on Spotify.

Catch the girls on the Main Stage on Saturday.

While many contestants on The Voice shoot to TV fame before sinking without a trace once the show is over, Becky Hill has bucked the trend.

The 23-year-old was mentored by Jessie J on the 2012 series of the show; two years later she contributed vocals to a UK number one single – the catchy Gecko (Overdrive) with Oliver Helden.

The star – who also has the top 10 single Afterglow with Wilkinson under her belt – will take to the Main Stage on Saturday.

She appeared on one of last year’s biggest-selling singles along with the band-of-the-moment Clean Bandit, the Platinum-selling Tears. She recently returned with Unpredictable, a duet with fellow X Factor star Olly Murs.

She’ll be appearing on the Main Stage on Saturday.

Finally, the mighty Pet Shop Boys, who shot to fame in the 80s and have been releasing hit singles and albums ever since, amassing sales of over 50 million.

Their biggest-selling singles include the number ones West End Girls, It’s a Sin, Always On My Mind and Heart. They returned to the charts last year with the top three album Super, which received a warm reception from critics.

The band, comprised of Neil Tennant and Chris Lowe, will headline Brighton Pride Summer of Love Festival on Saturday.

Paul Kemp, Director of Brighton Pride, said of the band: ‘We are really proud to welcome the Pet Shop Boys to headline our most fantastic Pride Festival ever. Having worked with some of the world’s most important artists, their impressive history and amazing contribution to popular culture is undeniable.

‘Add to that their community conscience and campaigning, and they are the perfect act for the finale of our Summer Of Love Festival.’

Gay Star News is a media partner of Brighton Pride.