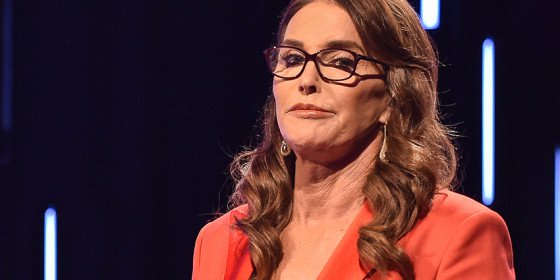 She told radio host John Catsimatidis this morning (16 July) her plans: ‘Yeah, I would look for a senatorial run.

‘I like the political side of it. I work very closely with a group called the American Unity Fund whose mission statement is to get the Republican Party to do a better job when it comes to all LGBT issues. That’s my issue.

‘I’m obviously more on the T portion of the LGBT and I want people to understand that. But the political side of it has always been very intriguing to me.

‘Over the next six months or so, I’ve gotta find out where I can do a better job.

‘Can I do a better job on the outside? Kind of working the perimeter of the political scene [and] being open to talk to anybody.

‘Or are you better off from the inside, and we are in the process of determining that,’ she said.

Catsimatidis asked if the rumors were true about her running for planning to run for the senate in California and Jenner said: ‘I have considered it.’

Jenner co-hosted popular daytime talk show, The View, and said she is ‘disappointed in a few ways‘ by Donald Trump.

The episode, which aired 14 July, broached the subject of Republicans and the LGBTI community.

Jenner said: ‘I have been disappointed in a few ways. I thought he would be a little more outspoken when it came to LGBT issues.

‘He was very, as far as the trans side of it, he was very open about it at the beginning,’ she said.

Although she hasn’t met with the President, she hopes to make headway with other members of the Republican party.

Jenner has a meeting planned with ambassador to the United Nations, Nikki Hayley. She said: ‘I have a meeting with her about LGBT issues worldwide.

‘We have our problems here but if you look on an international basis, they’d chop my head off in some countries,’ she said.

She explained she’s got a ‘good in’ with the Republican party and even admitted the Democrats do a much better job for LGBTI issues, but she said: ‘The Republicans need help and I’m here to help them.’