Cardi B just revealed she’s had ‘a lot’ of sexual experiences with women in the past.

In a series of tweets addressing the controversy surrounding her new song Girls, she said the song was about her own same-sex experiences in the past.

Cardi B tweeted: ‘Listen to “GIRLS” by Rita Ora ft me Bebe Rexha, Charli XCX. We never try to cause harm or had bad intentions with the song. I personally myself had experiences with other woman (sic), shiieeett with a lot of woman (sic)! I though (sic) the song was a good song and I remember my experience.’ 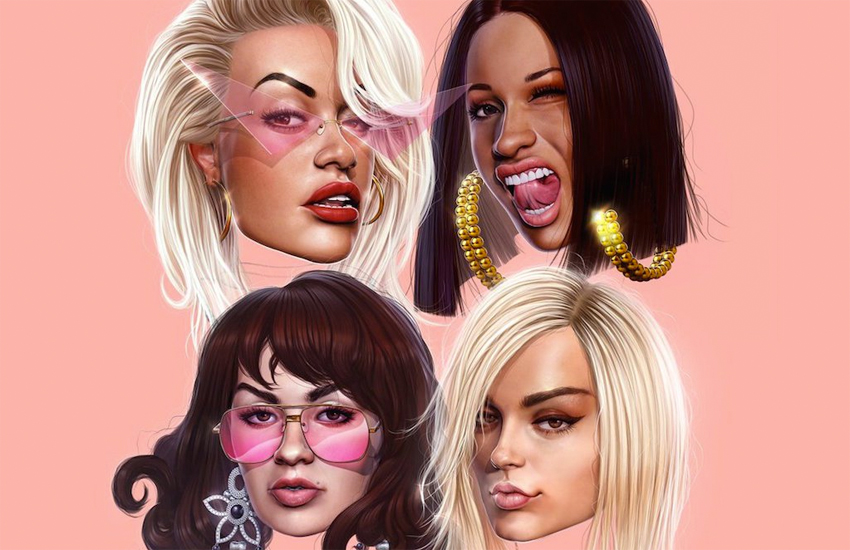 Then she wrote: ‘I know I have use (sic) words before that I wasn’t aware that they are offensive to the LGBT community. I apologize for that.

‘Not everybody knows the correct “terms “to use. I learned and I stopped using it,’ she said.

Hayley Kiyoko: ‘A song like this just fuels the male gaze’

It comes about after critics, including openly lesbian Hayley Kiyoko and bisexual Kehlani slammed the song for sending a ‘dangerous message’.

Taking to Twitter, Kiyoko wrote: ‘Every so often, there comes certain songs with messaging that is downright tone-deaf, which does more harm than good for the LGBTQ+ community. A song like this just fuels the male gaze while marginalizing the idea of women loving women.’

Kehlani tweeted: ‘there. were. harmful. lyrics.’

She also tweeted, then since deleted: ‘hate to be THAT guy but there were many awkward slurs, quotes, and moments that were like “word? word.’

As a result of the backlash, Rita Ora addressed the criticism and came out as bisexual.

She posted a thread on Twitter: ‘Hello everyone reading this. Girls was written to represent my truth and is an accurate account of a very real and honest experience in my life.

‘I have had romantic relationships with women and men throughout my life and this is my personal journey.

‘I’m sorry how I expressed myself in my song has hurt anyone. I would never intentionally cause harm to other LGBTQ+ people or anyone,’ she said.