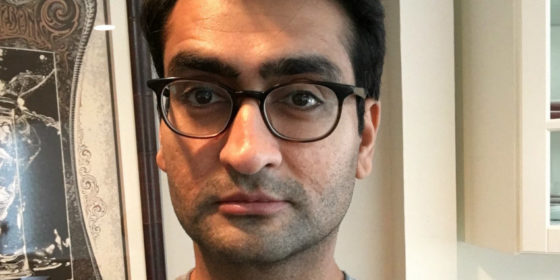 Following the death of trans woman TeeTee Dangerfield and the anti-trans hate speech on The Breakfast Club, actor and comedian Kumail Nanjiani had words for Twitter.

This is so devastating. Comedians making transphobic jokes: what side do you wanna be on? https://t.co/vB0ZdVJfmX

The idea of whether or not there are lines comedians shouldn’t cross has long been a hot-button issue. Numerous comedians have been criticized for joking about things like rape, transphobia, incest, and more. Most recently, Kathy Griffin faced intense backlash for her graphic Donald Trump image.

There are many opinions on the topic. Some believe there is no line, as Jim Carrey expressed when defending Griffin. Others, however, caution against the weight jokes and commentary hold.

Nanjiani got into a discussion with a fellow Twitter user over this exact idea, specifically regarding jokes about trans people.

When a user asked Nanjiani if comedians are allowed to make jokes, Nanjiani didn’t hold back.

Did I say they weren’t allowed? The number of ppl who knowingly misunderstand this very simple statement is shocking.

The user followed up by asking if people can make transphobic jokes and still support trans people. Nanjiani’s reply was simple.

Nanjiani stressed he wasn’t censoring anyone. Comedians can, after all, ‘say whatever they want’.

‘However they should understand,’ Nanjiani continues on Twitter, ‘They’re contributing to hate & violence.’

What they are doing is not illegal. Hey can say whatever they want. However they should understand they’re contributing to hate & violence.

He then referenced The Breakfast Club situation.

Look up the whole breakfast club controversy. And thanks for a civil discussion.

GLAAD applauded Nanjiani for being an ally to trans people.

Thank you for being an ally to trans people!

Ultimately, Nanjiani’s tweets are a good reminder that freedom of speech does not mean freedom from consequence.