Ellen Degeneres is known for her signature style: cropped hair, collar and trousers. But in a new interview the talk show host has revealed her favorite fashion moment was in a dress.

The TV legend wore a dress shaped like a swan on stage when she hosted the 2001 Emmys. 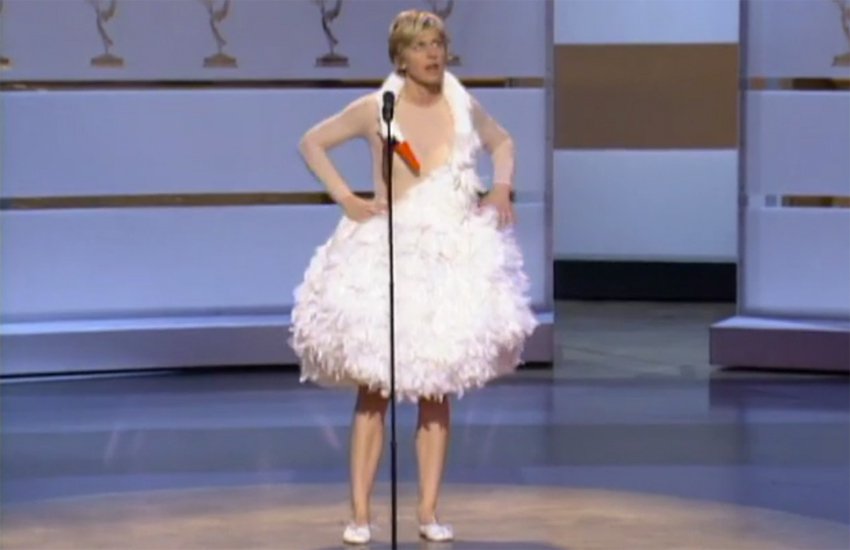 A similar dress was of course worn by Björk at the Oscars earlier that year, in an iconic fashion moment.

Speaking on stage at the time, Ellen riffed on whether it was fashionable to wear swan in November. (The ceremony was pushed back because of 9/11). ‘I know it’s duck in October, geese before November,’ she joked. ‘I’m going to ask Bjork. I have no idea.’ 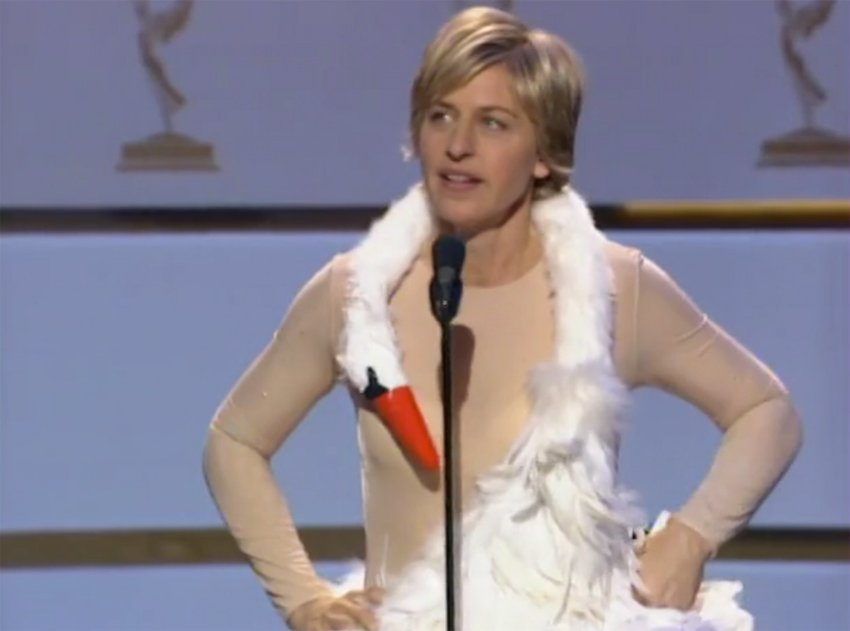 Speaking about her sense of style to Footwear News, Ellen added: ‘If you’ve seen me in the 1970s and ’80s, you’ll agree with me that my style has gotten better. But also that’s more confidence too.’

She furthermore added: ‘I got more comfortable in dressing in the way I want to dress instead of what I think I’m supposed to dress like. That’s what is great about fashion. It should be your own unique, individual expression.’

The star’s minimalist sensibilities are apparent in her ED Ellen Degeneres line. She recently added shoes to an existing roster of tees, sweatshirts, eyewear and more.

Of course, her Emmys moment wasn’t Ellen’s only foray into dresses. She also wore a giant pink dress on stage at the 2014 Oscars, fashioned after Glinda the Good Witch from The Wizard of Oz.

There was also the time she wore a figure-hugging green number when she dressed up as Sofia Vergara for Halloween in 2012!