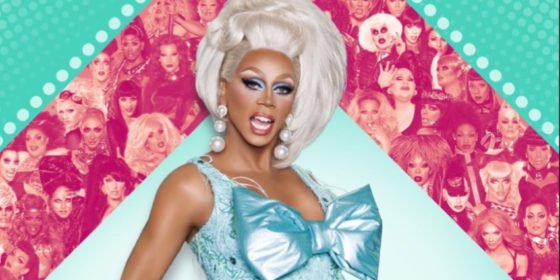 RuPaul’s Drag Race has finally been nominated for an Emmy for Outstanding Reality Series.

While host RuPaul nabbed the prize last year, the show itself after 11 seasons has not been nominated for the award.

When Ru picked up his Emmy last year, he said: ‘Earlier this year I was quoted saying I’d rather have an enema than an Emmy.

‘But thanks to the Television Academy, I can have both!’

RuPaul is also nominated for Best Host. He is facing off against Snoop Dogg, for Martha and Snoop’s Potluck Dinner Party, Gordon Ramsay, for Masterchef Junior, Alec Baldwin, for Match Game, Heidi Klum and Tim Gunn, for Project Runway, and W Kamau Bell, for United Shades of America with W Kamau Bell.

Outstanding Host For A Reality Or Reality-Competition Program

Outstanding Casting For A Reality Program

Outstanding Picture Editing For A Structured Or Competition Reality Program

Outstanding Hairstyling For A Multi-Camera Series Or Special

Outstanding Makeup For A Multi-Camera Series Or Special (Non-Prosthetic)

This is eight nominations in all.

In other categories, bisexual actress Evan Rachel Wood has been nominated for lead actress for Westworld while Modern Family has another nod for the top comedy series award. Lily Tomlin is also up for comedy actress, while Jeffrey Tambor is being rewarded for Transparent. Billy on the Street also has a nod for Outstanding Variety Sketch series.

The Emmys will be hosted by Stephen Colbert and will air on 17 September.