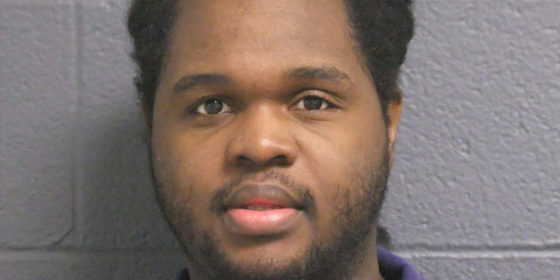 Authorities in Michigan say they are treating the death of an inmate at Alger Country Correctional Facility as homicide.

Rodriguez Montez Burks, 23, was serving a 2-10 year jail sentence for fleeing and eluding officers in Livingston County in 2016. He had another nine months to serve before being eligible for parole.

He was found dead in his cell on 20 July. Prison authorities have confirmed that they are treating the death as homicide and that Burks’ bunkmate is the alleged suspect. They have not released the name of his bunkmate or the specific cause of death.

‘I am not gonna be locked in here with a fag’

Detroit Michigan Times reports speaking with fellow inmates, who say that Burks’ bunkmate was placed in the cell just two days before his death.

They say Burk’s previous bunkmate had also been gay, but that he and his new cellmate immediately clashed because of his sexuality.

‘Old boy was like, “Hey I am not gonna be locked in here with a fag”,’ Todd Wentworth told the paper.

Another inmate, Edward Spear, said, ‘This gentleman told [the guard] very clearly, “Look I’m gonna hurt this guy if you don’t move me out this cell.” Burks also told [another staffer], “I can’t lock with this guy; we’re having issues, we can’t do this”.’

Both inmates claim that prison authorities failed to act on requests by the men to be separated.

A spokesperson for Michigan Department of Correction (MDOC), Chris Gautz, said that prison staff will do what they can to move prisoners if they report their safety is in danger.

He said ‘every aspect of the incident’ would be investigated and, ‘If it [is] determined there was a work rule violated, an officer or any staff member could face repercussions.’

‘We’d just received a huge influx from prisoners from another prison, so staff were busy’

Speaking to GSN, Gautz disputed the suspect had informed staff that he had an issue with Burks’ sexuality or had any intent to harm him.

‘We’re aware that there was a request by the alleged suspect to move, but he never gave us any indication as to why.

‘He just said he wanted to move, and we get many of these requests daily, and hundreds probably weekly, and we process them as we get them in order.

‘I know the implication from some of the prisoners was that he was very explicit in saying “My bunkmate is homosexual … I’m gonna hurt him”, or things like that, but that was not indicated to our staff. Because if it had been, we would have written him a ticket and possibly put him in segregation for threatening behavior.

‘But in this case all he said was he wanted to move, and we get many of those requests all the time.

‘On this day that this occurred, we’d just received a huge influx from prisoners from another prison.

He said that investigations into Burks’ death were ongoing.

Burks was born in Grand Haven and grew up in Muskegon. A funeral service will take place Monday.