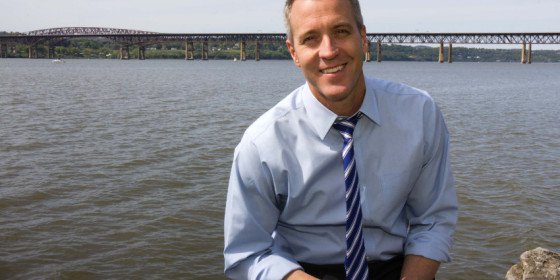 The bill is seeks to improve data collection on the sexual orientation and gender identity of victims of violent crimes.

Many of the 49 victims at Pulse were gay.

Maloney, co-Chair of the Congressional LGBT Equality Caucus, adds: ‘We have to get more information on where this violence is happening and we have to be more aggressive about doing something to stop it – and this bill is a necessary first step.’

PRIDE in the title of the bill stands for Provide a Requirement to Improve Date Collection Efforts.

The Centers for Disease Control and Prevention (CDC) already operates the National Violent Death Reporting System (NVDRS) and the bill calls on CDC to improve the process and would authorize $25 million to fund the effort.

The current system did not record any of the 49 Pulse killings as anti-LGBT murders in any data collection.

The Human Rights Campaign, the largest LGBT rights organization in the US, supports the bill.

‘In order to help understand the full scope of this violence, it is critically important we ensure victims’ sexual orientation and gender identity are included as part of the information gathered in the National Violence Death Reporting System.’

The Trevor Project, focused on suicide prevention efforts among lesbian, gay, bisexual, transgender and questioning and other queer youth, says the legislation could play a ‘critical role’ in understanding and preventing youth suicide.

‘Currently no one is able to answer the question of how many LGBTQ individuals die by suicide every year,’ said Amit Paley, CEO and Executive Director of The Trevor Project.

‘This is a monumental gap in our knowledge of suicide and keeps us from most effectively targeting prevention and intervention efforts. It’s time to finally acknowledge the importance of LGBTQ lives and get the data to help save those lives.’