H&M posted a short video clip of the athlete stripping down to his underwear on its social media yesterday.

The skiier followed it up a few hours later with a photo from the campaign on his Instagram account. 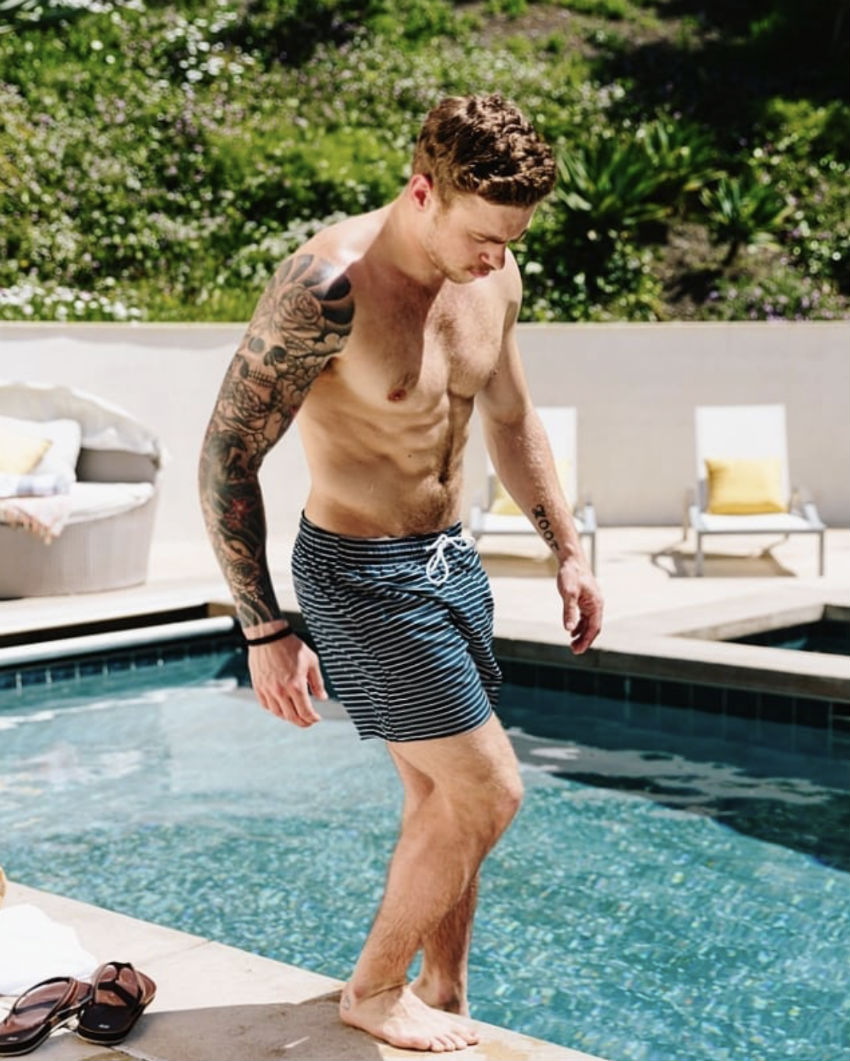 The posting has received many complimentary messages, although some have questioned Kenworthy’s choice of emojis: a tongue and donut.

‘Last time i checked there was no time limit for swimming after licking hole if y’all know what i mean,’ said one @elenakayy_

Kenworthy was one of the most high-profile Team USA athletes to take part in the Winter Olympics in South Korea in February. He’s already appeared in adverts this year for Samsung and Head & Shoulders.