Bisexual singer Halsey appeared on The Doctors on Thursday (26 April). She discussed her endometriosis diagnosis, subsequent struggles, and her decision to freeze her eggs.

People question her, at 23, about why she needs to make such a decision.

So what is endometriosis? It’s a disorder that affects women, usually between the ages of 15 and 45, where the lining of the uterus grows outside of the uterus. It affects more than 11% of American woman. It can also make it harder for a woman to get pregnant.

The most common sympton of the disorder is pain, typically very painful menstrual cramps and soreness in the lower back and pelvis. It can also cause pain during sex.

‘The thing with endometriosis is that it comes down to that doctors can tend to minimize the female experience when it comes to dealing with it,’ Halsey continued.

A history of pain

Halsey has been open about her experience with endometriosis. In January 2017, she posted a photo of herself in the hospital. Accompanying it was a long and candid caption about her disorder. 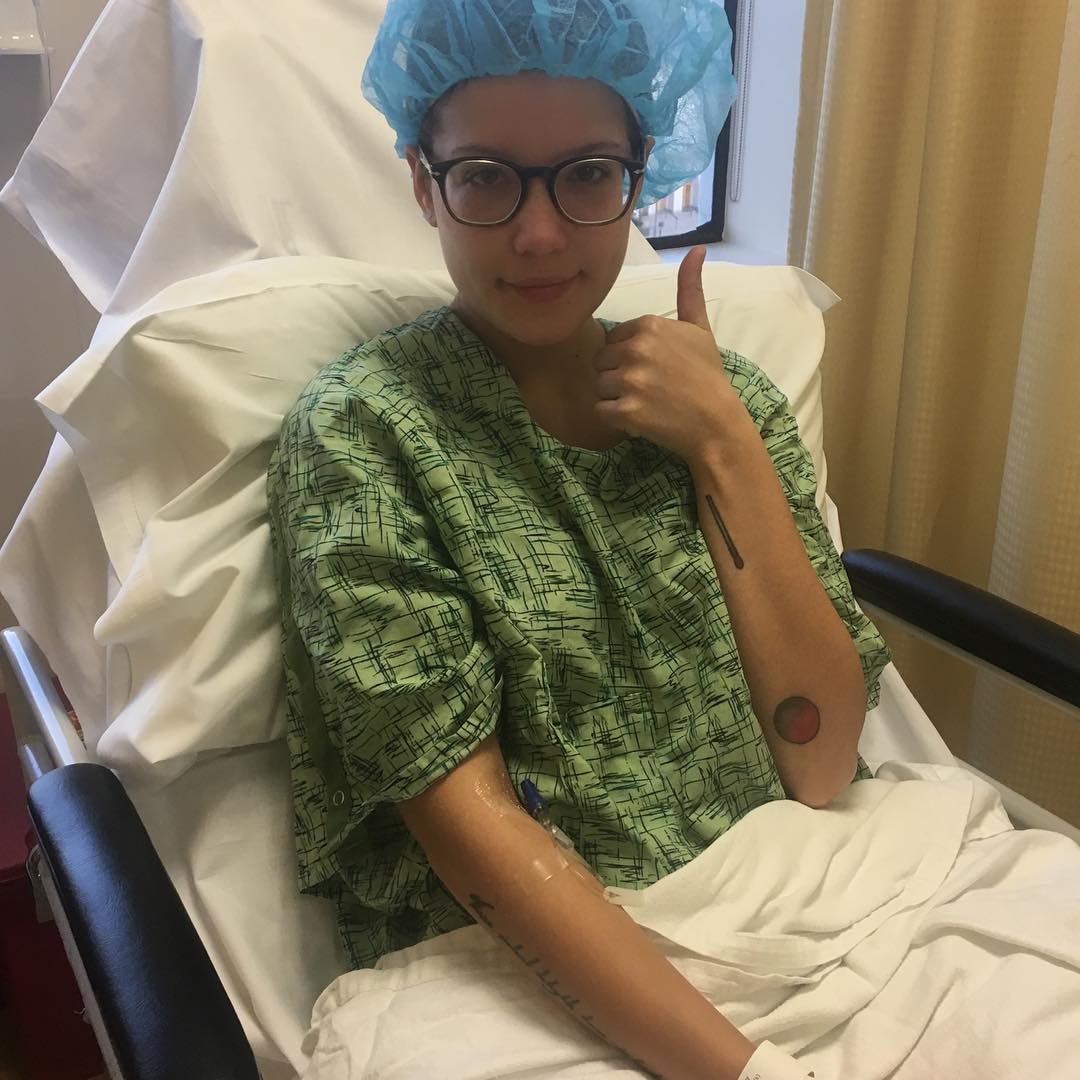 ‘Today I braved multiple terrifying surgeries. The most important of which being the surgery that would hopefully treat my endometriosis,’ she wrote.

‘If you suffer from chronic pain or a debilitating disease please know that I have found time to live a crazy, wild, rewarding life AND balance my treatment and I hope so much in my heart that you can too.’

It wasn’t just the endometriosis diagnosis that led Halsey to the decision of freezing her eggs.

In 2015, she suffered a miscarriage while performing a show on tour.

‘Before I could really figure out what [the pregnancy] meant to me and what that meant for my future, for my career, for my life, for my relationship, the next thing I knew I was on stage miscarrying in the middle of my concert,’ she revealed.

‘And the sensation of looking a couple hundred teenagers in the face while you’re bleeding through your clothes and still having to do the show, and realizing in that moment that I never want to make that choice ever again of doing what I love or not being able to because of this disease.’