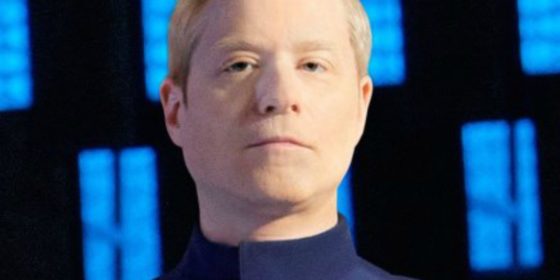 One of this year’s most hotly anticipated shows Star Trek: Discovery has revealed its first gay character.

Lt Stamets – played by Anthony Rapp – is the first openly gay character in the 51 year history of Star Trek. His character was unveiled in Entertainment Weekly.

Rapp’s casting was announced in March with the actor saying he was honored to play a gay character.

‘I’m also honored to be a part of a piece of work that’s part of the cultural pantheon. It’s kind of crazy that I get to be a part of something that means so much to so many people,’ he said at the time.

‘It meant a lot to me, too. I’m thrilled and I’m honored to be the vehicle for this aspect of the story that’s being told.’

Lt Stamets is an anastromycologist – a fungus expert – in the latest incarnation of the popular science fiction franchise.

The character will play a crucial role in the conflict against the Klingons during the first season.

Lt Stamets will also be in a relationship with a fellow crew member played by Wilson Cruz.

The show will also have first black female lead, played by The Walking Dead’s Sonequa Martin-Green.