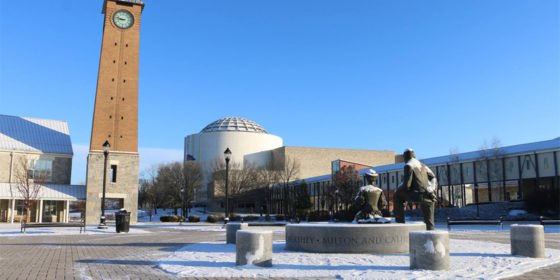 In 2016, a prestigious Pennsylvania boarding school denied charges of showing a former student an anti-gay conversion video. At the time, the school, called the allegation ‘outrageous,’ saying it does not condone such behavior.

Now, court documents reveal that such a video was used by house parents at the Milton Hershey School and shown to at least one student.

However, the school maintains it does not know whether the tape was shown to Adam Dobson, a former student who is suing the private school in federal court.

The Philadelphia Inquirer reported that Dobson told his lawyers, ‘We would pray together to have God help me from being gay,’ and that his house parents at the school told him about ‘terrible things that happened to other gay people.’

Dobson says the anti-gay video was by Sy Rogers, a leader in the ex-gay movement who was connected to the now defunct Exodus International ex-gay organization.

During his junior year, Dobson was depressed and attempted suicide by wrapping a belt around his neck. When he reported the suicide attempt to school officials, he was expelled.

The Inquirer reported that a school spokesperson released a statement on Friday, saying, ‘Unequivocally, the school does not promote or endorse any program that could be remotely characterized as gay conversion therapy. Any suggestion otherwise is a gross mischaracterization of our values and the environment on our campus.’

Regarding Dobson’s case, the spokesperson said, ‘the discovery process is ongoing. Once witnesses are deposed, a full picture will emerge and the credible facts will become clear.’

The school, which has a large wooded campus on several thousand acres, is located in Hershey, Pennsylvania, near Harrisburg, the state capital.