Feeling fresh and ready to another adventure ! Next destination | Photo: rodrigoalvesuk Instagram

The model was due to appear on UK show Celebrity Big Brother.

He has cancelled on that appearance to instead have ribs removed.

His original plans were to have six ribs removed in what would be his 60th cosmetic procedure.

Surgeons refused to perform the procedure however as they feared it would compromise his lungs.

Alves will instead only have four of his lower ribs removed by a top Hollywood surgeon.

This procedure will reportedly give him an ‘elegant and classic figure.’ 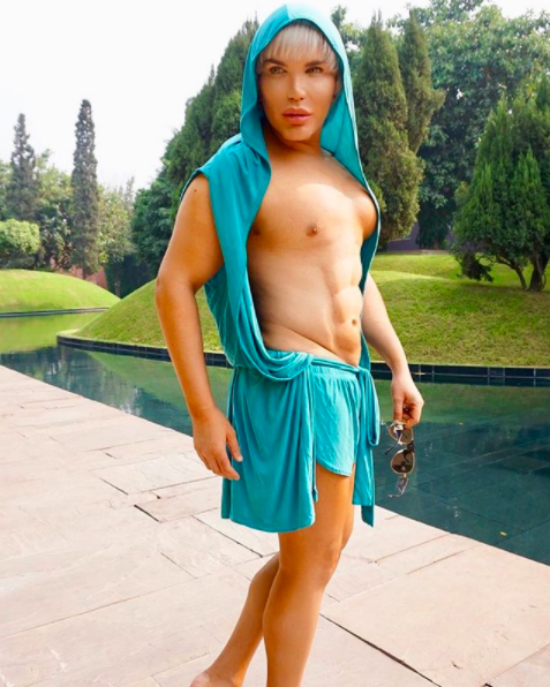 Rodrigo Alves spoke to Mail Online about the upcoming surgery.

He explained: ‘I was frustrated at first because I really want to be able to fit back into my four breast blazers as before but removing two extra ribs could compromise my lungs, and my doctors must be very careful that my health is not compromised.

‘They said a big no to that and said that safety always come first. Aesthetically speaking the results will be the same as if six ribs were removed. The visual impact will be the same.’

Alves feels he has become ‘shapeless and big’ which means he is often ‘bursting out of his slim-fit blazers.’

This surgery will fix that however.

Alves added: ”My life shall be changed forever as from January 2018 and by summer 2018 I will be looking like a fitness model.’

The socialite is nervous about the rib removal though, despite his numerous surgeries before.

He told MailOnline: ‘It will be my surgery number 60 between countless procedures but I’m nervous yes because this is not a plastic surgery where skin or fat will be removed. We are talking about my floating ribs.’