Former Glee star Kevin McHale has spoken in an interview about his boyfriend for the first time.

The actor also spoke about his coming out experience with Mark Malkin in a Facebook Live chat.

Explaining how he was never exactly in the closet, the star said: ‘If somebody was a big fan and following everything I was doing [on social media], like the people I interact with on Twitter on a daily basis, I think there was zero surprise. People knew.’ 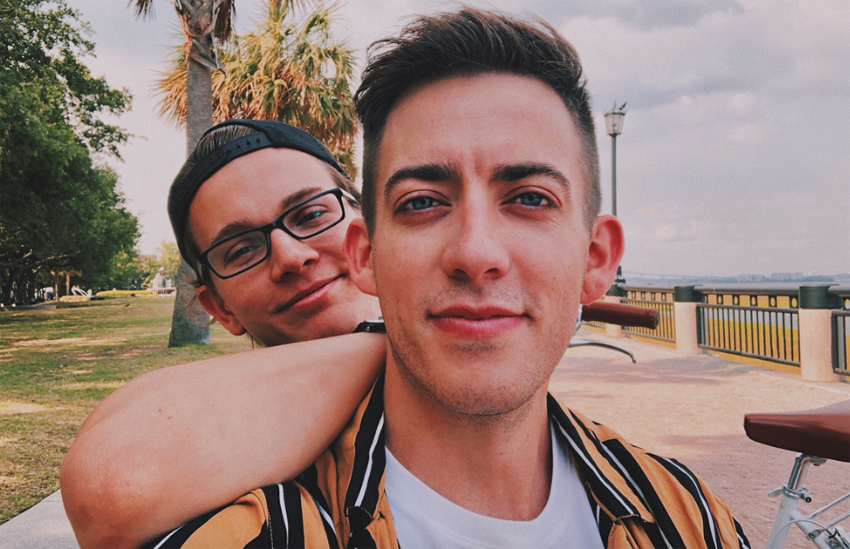 He also added: ‘The organizations I’ve been supporting and all that sort of work has been apparent, at least to me. I’ve always supported LGBT organizations and things like that because I felt like I had a vested interest in this where I wanted to help out.’

‘I wanted to protect the person I was with’

Confirming his relationship with Austin McKenzie, Kevin said: ‘I posted a picture of us holding hands two month ago or something and I was going to post it, just being sappy and I’m like, this is cute and I’m feeling nice right now. And I’m going to post it but I was like, “Do you care if I post this?” and he’s like, “No.”‘

Quizzed about marriage, he added: ‘Let’s not get ahead of ourselves!’

He furthermore spoke about being in relationships with guys in the past.

‘I wanted to protect the person I was with,’ he said about staying in the closet to protect an ex.

Explaining how being considerate of Marc influenced the timing of his coming out, Kevin said. ‘I was very conscious of, this wasn’t just my life they’ll be talking about if I do mention something.

‘It’s also the person I’m with. And if they’re not necessarily at the same place as I am, it’s not really fair to them.’