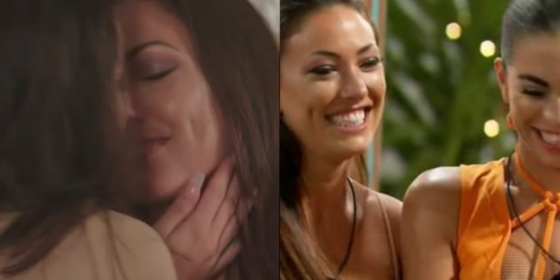 Love Island producers could fly in LGBTI contestants to spice up the villa in the final weeks.

A source explained: ‘The heterosexual couples this year have been amazing entertainment. But there is a feeling among producers that there could be more representation of the LGBT community.

‘In 2017, they know they can’t go on forever pretending the gay community doesn’t exist. It’s only a matter of time.’

Having a same-sex couple on the show would test waters for a potential ‘Gaywatch’, a LGB sister show to Love Island.

Contestants just need to be single and looking for love

The ITV2 show pulls in viewing figures of over 2 million, making it more popular than Big Brother.

A Love Island spokesman says: ‘The main stipulation for Love Island applicants is that they are single and looking for love, and we are open to all possibilities.’

With the show coming to an end on the 24 July, producers would need to get the girls in quick.

Love Island is on every night of the week at 9pm.