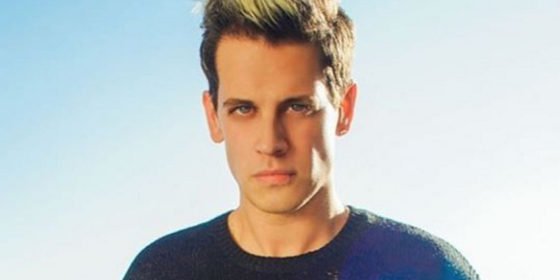 Former Brietbart editor and alt-right figurehead has only sold 152 copies of his book in the United Kingdom.

When Milo Yiannopolis’ Simon & Schuster book deal fell through after his controversial comments about child abuse, he went ahead and self-published the book, Dangerous, anyway.

In the United States, the book sold a mere 18,000 copies despite appearing at number one on Amazon’s nonfiction charts for a day. However, Yiannopolis and his PR team inflated this number, claiming the book sold 100,000 copies.

‘By now, you may have heard reports claiming we only sold 18,000 copies of Dangerous and that our 100,000 copies claim is exaggerated. I’m happy to report that this is fake news,’ Yiannopolis stated.

Nielsen Bookscan, a data provider for the publishing industry, is the organization that reported these numbers. ‘As our sales include Amazon sales it is unlikely to be higher,’ said Andre Breedt, managing director of Nielsen Book Research, disputing Yiannopolis’ claim.

‘It’s true that the major booksellers only managed to ship out 18,000 copies to retail customers by the list cutoff. But that’s because they didn’t order enough ahead of time, and have been scrambling to play catchup ever since,’ Yiannopolis continued.

‘The real news is that we’ve received wholesale orders and direct orders of such magnitude that our entire stock of 105,000 books is already accounted for.’

After the book’s release on 4 July, it dropped to number 52 on Amazon’s nonfiction chart by 6 July. On Apple Bookstore, the book debuted at number 20 on the charts and has since fallen to number 100.

Time for a lawsuit

‘They have to pay for silencing conservatives and libertarians. How many more books could I have sold … with their marketing muscle?,’ Yiannopolis stated.

‘Although we have not been officially served, we believe that Yiannopoulos’s lawsuit is publicity-driven and entirely without merit. Simon & Schuster will vigorously defend itself against any such action, and fully expects to prevail in court,’ the publishing company said in a statement.