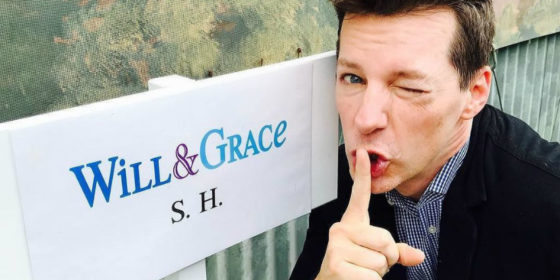 The upcoming Will & Grace revival began shooting today, proving it’s not all a dream.

More than a decade after the original series ended, the show will return on 28 September. The show, which initially ran from 1998 to 2006, was hailed as an important step forward in LGBTI media representation.

Earlier today it was revealed the revival will act as though the original series finale never happened. If you’ll recall, the finale jumped forward, showing Will and Grace grew apart, married their significant others, and had kids.

The show’s main four are returning for the revival, including Debra Messing as Grace, Eric McCormack as Will, Sean Hayes as Jack, and Megan Mullally as Karen. To celebrate the first day of shooting, some of the cast took to Instagram to celebrate. Check out the photos below — they certainly have us excited!

Here we go! The first table reading of the first script. #WillandGrace

How do you feel about these photos? Ready to return to that familiar apartment in New York City?