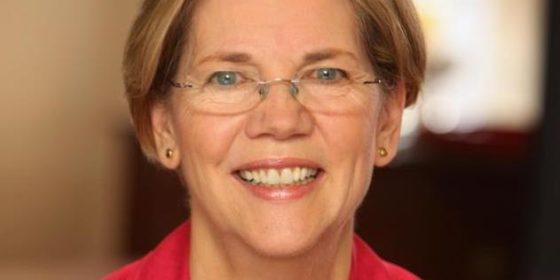 Same-sex couples in America who were married more than three years before US Supreme Court struck down the anti-gay Defense of Marriage Act could be eligible for a refund on their back taxes under a new bill in Congress.

Senator Elizabeth Warren, a Democrat from Massachusetts, introduced the Refund Equality Act which allows same-sex couple to file amended tax returns going back to the date of their marriage, The Washington Blade reported.

‘For nearly a decade, legally married same-sex couples had to file their taxes as single persons, often paying more taxes than they would owe if they could file as married,’ Warren said in a statement. ‘This bill is a simple fix to allow same-sex couples to claim the tax refunds they earned but were denied because of who they love.’

The Defense of Marriage Act (DOMA) was passed by Congress in 1996 and defined marriage in the eyes of the federal government as existing between one man and one woman only.

The Supreme Court ruled DOMA unconstitutional in 2013. At that time, then-President Obama instructed his administration to extend federal spousal benefits to same-sex couples to the furthest extent of the law.

As part of those changes, same-sex couples were allowed to file joint tax returns for the first time in 2013. They were also allowed to file amended tax returns, as a couple, going back as far as three years: 2010, 2011 and 2012.

The Refund Equality Act would extend that time period back even further, to the date of their marriage. Six states – Massachusetts, Connecticut, California, Iowa, New Hampshire, and Vermont – plus Washington, D.C., had marriage equality more than three years before the DOMA decision.

According to Warren’s office, an estimated $67 million (€58.7 million, £51.7 million) in refunds could be available to married same-sex couples if the legislation becomes law.

In the Senate, some 30 senators have signed on as co-sponsors, all of them Democrats.

In the House, Rep. Richard Neal, a Democrat from Massachusetts, brought forth the bill, which is co-sponsored by 39 other representatives.

‘All legally married couples in this country deserve to be treated equally,’ Neal said in a statement. ‘This bill would codify into law an important correction that would enable same-sex married couples to go back and claim the tax refunds and credits for which they qualify. The Supreme Court has ruled as such, and now it’s time for Congress to act and make sure all Americans are treated with the fairness and equality they deserve under the law.’