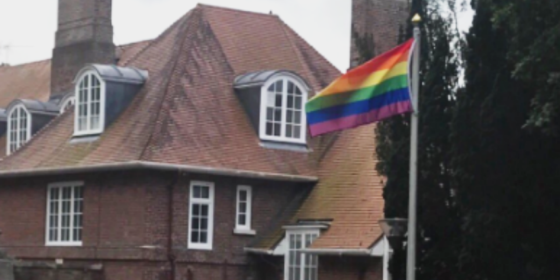 A Pride flag is flying outside at a UK Government building in Northern Ireland for the first time.

The flag was raised beside the Northern Ireland Office in Belfast on Friday morning (4 August). It celebrates the city’s Pride which takes place this weekend.

The iconic moves comes amid a long-term political dispute on Northern Ireland’s ban on same-sex marriage.

Northern Ireland still do not recognize same-sex marriage. They are the only country in the UK not to do so.

The flag is being flown at Stormont House.

‘I voted for equal marriage in England and Wales and, like the prime minister, hope this can be extended to Northern Ireland in the future,’ he said.

Pride flag raised at Stormont House for first time at @JBrokenshire request. He expresses hope for intro of gay marriage in NI in future. pic.twitter.com/yUQChFVNSL