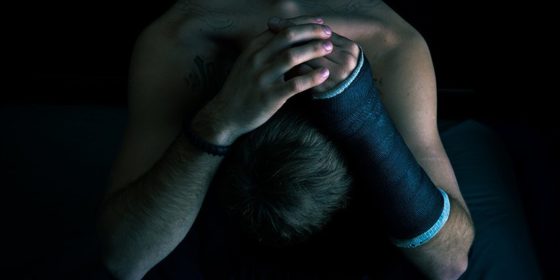 ‘On average it takes 26 years for a man to speak out about sexual abuse or rape … We think that 26 years is 26 years too long.’

That’s the stark message from Survivors UK in a statement to launch a new fundraising appeal and awareness campaign around its work.

Survivors UK helps male survivors or rape and other sexual abuse. It helps men to access counselling and support services.

In a phone call to GSN, Andy Connolly, acting Chief Executive says that the charity has seen an increase in calls in recent months. Particularly since a number of high-profile professional footballers revealed that they had been abused as youngsters by coaches.

Although it’s encouraging that more sexual abuse survivors are seeking help, Survivors UK is a small charity with limited funds.

‘Sadly, we do have a waiting list for counselling of around four months. We would love people to donate to this appeal so we can help men more quickly. Especially when you put it in the context of someone waiting 26 years to tell someone. We’re obviously keen to help people as soon as possible.

Connelly says that the 26-year statistic is an anecdotal average based on the service users who contact Survivors UK. In some instances, it can take far longer.

‘We’ve had people as high as in their 80s who have told us they were abused as a teenager, and they’ve never told anyone.’

‘There is a taboo around male sexual abuse’

Why do men take so long to talk about these things?

‘It’s a complex picture,’ admits Connolly. ‘Everyone’s reasons might be different. But we would say there is a taboo around male sexual abuse, to the extent that a lot people don’t even realize it happens.

‘We recognize that sexual abuse does disproportionately affect women and girls, but the numbers that we see of men affected are not small – we’re still taking significant numbers of people.

‘All these ideas of what being a man is means that male victims of sexual abuse often have a level of shame; they feel partly to blame or responsible for what’s happened to them, or they weren’t able to protect themselves.

‘Of course, it’s important to say that all victims of sexual abuse may feel that, or have a fear of not being believed.’

One man not surprised by the 26-year figure is gay Scotsman Matthew McVarish. Throughout much of his childhood, Matthew McVarish was repeatedly sexually abused by an uncle – who was later jailed for the abuse of McVarish and his two brothers.

Between 2013 and 2015, McVarish undertook a grueling, 30-country walk across Europe, speaking to politicians across the continent about the issues of child sexual abuse. He too says many factors can affect whether someone decides to talk about the abuse they experience.

‘The likelihood of disclosing often depends on the survivor’s environment, not the survivor. A boy growing up in a low-income Catholic family will have a very different chance of reporting compared to a girl in a wealthy Muslim community, or a trans-kid growing up on the Isle of White.

‘Religion, poverty/wealth, homophobia, geography, the availability of support services and many other factors, all out with the victim’s control, dictate wither they will ever disclose.’

‘Keeping it to yourself could end up being harmful’

There will undoubtedly be some people who choose to never talk about the abuse they have suffered, or who will think that they have no need to talk about it. Does talking always help?

‘We don’t want to make anyone do anything they don’t want to do,’ responds Connolly. ‘And if they don’t feel that want to talk about, they don’t have to and they shouldn’t feel pressured to. However, there is something to say that keeping something like this secret, or never talking to anyone about it, can adversely impact someone’s mental health.

‘It seems pretty universal that getting some support and talking about it, at a pace that is right for you, is more likely to be helpful, or at least not harmful, whereas keeping it to yourself could end up being harmful.’

For anyone who might relate to his words, he adds, ‘It’s important to realize that they can talk in confidence, that they won’t be pressured to go to the police, and there are organizations that will support them confidentially. Survivors UK is one of those but there are others as well.

‘We recognize as well that it can be difficult to make that phone call, and that’s why we have a web chat, so people can go on our website or even just send us an email, or they can use WhatsApp, just to make contact with us, and we’ll not pressure them – they can do it in their own time. And it will be confidential.’

Louis Theroux: ‘We have certain stereotypes of men needing to be strong’

Tomorrow, Britain’s Radio 4 will broadcast an appeal on behalf of Survivors UK. Filmmaker Louis Theroux (pictured below) has recorded a contribution to it. He says that his work as a documentary maker has brought him into contact with both the victims and perpetrators of sexual abuse. 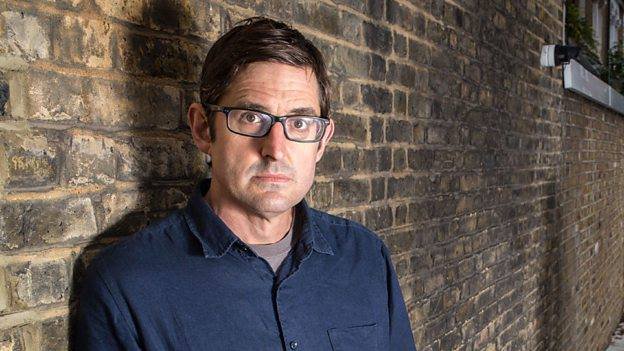 ‘I never failed to be shocked and on occasion upset by the level of damage that is done to young people and older people too when exposed to sexual assault,’ says Theroux in the appeal.

‘It’s sometimes forgotten and perhaps we think conventionally of the victims of sexual abuse, sexual assault as being women, in fact men can also be deeply affected by it.

‘We have certain stereotypes of men needing to be strong, that they should be able to pull themselves together and not speak about their emotions. I think that can be very damaging and those people who have a history of either being abused or who are survivors of assault, they need to know that they can speak up and be taken seriously and that they will be listened to.’

Need support? Survivors UK can be reached here. Alternatively, check out these helplines for further advice.