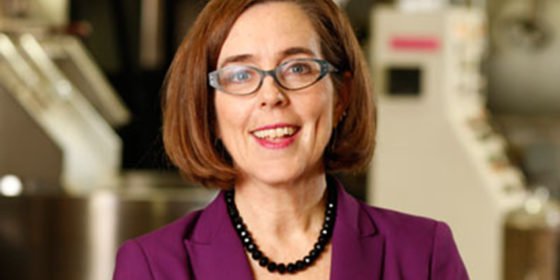 Oregon made history this week by becoming the first state in the US to legally recognize non-binary, intersex and agender people on driver’s licenses and ID cards.

Effective 3 July, residents will have the choice of three gender categories when applying for a driver’s licenses or a state ID card: male, female and ‘X’ for non-binary or unspecified.

Oregon Governor Kate Brown says of the change: ‘We must proactively break down the barriers of institutional bias.

Brown called the change an important step toward creating ‘a society that upholds the rights, liberties and dignity of each of its people.’

The change comes after courts granted more than a dozen people Oregon and California non-binary status.

Among them is US Army veteran Jamie Shupe who a year ago became the first person in the US to legally change their gender to non-binary.

‘I’ve trembled with the fear of failure and cried tears until I had no more tears to cry, because of the magnitude of what’s been at stake—and now won,’ Shupe tells NBC News.

‘But in the end, the huge legal and non-binary civil rights battle that I expected to unfold going into this never came to pass; simply because this was always the right thing to do all along.’