Queer Eye star Tan France has been speaking with British Vogue about his newfound fame and the success of the show.

Netflix resurrected Queer Eye in February and it proved an immediate hit. The show is a reboot of the original Bravo series (Queer Eye for the Straight Guy) which ran from 2003-2007. It features five gay men in the role of experts, offering style and grooming advice to other men.

It has proved a big hit for Netflix. The streaming service has already commissioned a second season.

‘I thought it would be a niche programme that girls and gays would get behind,’ France told British Vogue. ‘We couldn’t have been more wrong.’

Coming from a business-owner background, he says part of the appeal of doing the show was not for entertainment fame, but to represent people not seen enough on TV.

‘I wanted to show the world a version of me and everything that I represent, because I represent a lot that’s never really been seen before: an Asian person on American TV, who’s British, gay and follows a certain religion.’

France was born in Doncaster in Northern England, and says that he has experienced homophobia and racism throughout his life – both in the UK and US.

He says people in the US tend to refer to him as ‘Middle Eastern’ but that’s still preferable to be called ‘paki’ in the UK.

‘I don’t get called the same names as I did at home in the north of England. I would often get called a “Paki”, and that’s sickening in this day and age. It was really important for me to have open dialogues on the show to break down these misconceptions about what I might represent.’

In the first episode of the first season of Queer Eye, the show’s straight subject, Tom Jackson openly asked France is he was a terrorist. 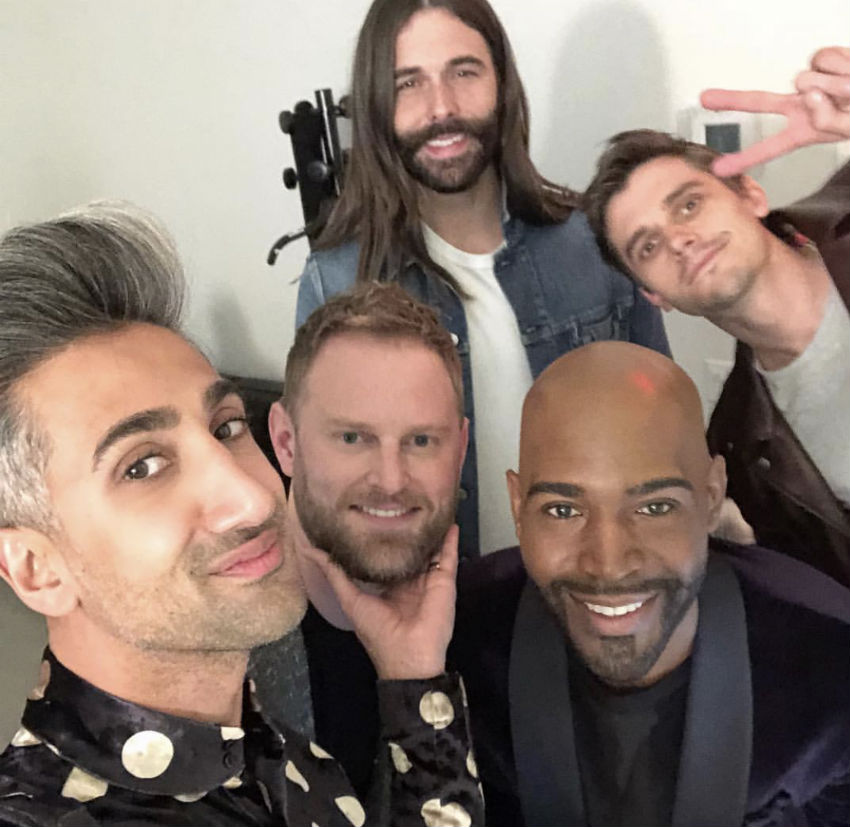 ‘It was very shocking and very jarring. That set the tone for me and made it clear why I was doing the show. I wanted to set the record straight.

‘I’ve experienced racism and homophobia my whole life, so I’ve trained myself to just deal with it calmly, to not cause a scene and to find a way to calm the situation down. When somebody says something stupid to me, I usually alleviate it with laughter and humour. I make light of it to educate people on why it’s inappropriate.’

France says that one of the strengths of Netflix is that it’s a very global platform. The show watched in audiences not just in Europe and the US but also across Asia.

For most audiences, he’s the first gay, Muslim of Pakistani descent they’ve ever encountered. Consequently, he’s been receiving up to 10,000 direct messages a day via social media.

‘For the first time, he will share his story of growing up gay in a traditional Muslim family as one of the few people of color in a small town in Northern England.

‘And he shares the experience of coming out to his Pakistani family at the age of 34, finally revealing to them that he is happily married to his partner of over 10 years, a self-described gay Mormon cowboy from Salt Lake City.’

Queer Eye’s Karamo Brown doesn’t use the term ‘coming out.’ Here’s why.