Last year, the University of Sydney Queer Action Collective made a banner with the words ‘Queers for Palestine’ painted on it.

As soon as the image was posted, it landed on the right wing radar and our seemingly innocuous photo was condemned on pages internationally.

So what was all the fuss?

At this point in history, Israel is an apartheid state. This sentiment is echoed by those who fought within apartheid regimes, such as Nobel Peace Prize laureate Desmond Tutu.

Nelson Mandela also stated in 1997 that ‘Apartheid is a crime against humanity. Israel has deprived millions of Palestinians of their liberty and property. It has perpetuated a system of gross racial discrimination and inequality.

‘It has systematically incarcerated and tortured thousands of Palestinians contrary to the rules of international law and waged war against a civilian population, in particular children,’ Mandela said.

The BDS movement, standing for Boycott, Divest and Sanction, is a movement that has been growing since 2005 within the international community and seeks to provide not only social, but political, economic and cultural consequences to Israel’s treatment of the Palestinian people.

In a recent example of an influential boycott, Lorde chose to not perform in Tel Aviv after an article by two New Zealand students asked her to reconsider her visit. These are statements that boycott organisations and institutions rather than individuals.

It is not some sort of reactionary dogma, but rather a tactic outside of political solutions that can be undertaken by anyone – be it at an individual level or at a organisational level.

What are the effects of boycotts?

The effect of boycotts is that it creates the opportunity for more conversations about the Israel-Palestine conflict, which leads to a domino affect.

The queer BDS movement seeks to, as American political activist Angela Davis said, ‘broaden the terrains of struggle,’ using the current ‘marketability’ of queerness within the western political landscape to deconstruct and delegitimize the current Israeli settler colonial narrative.

In a speech to the US Senate, Prime Minister of Israel Benjamin Netanyahu said: ‘Israel has always embraced this path [of liberty] in a Middle East that has long rejected it.

He continued: ‘In a region where women are stoned, gays are hanged, Christians are persecuted, Israel stands out. It is different.’ 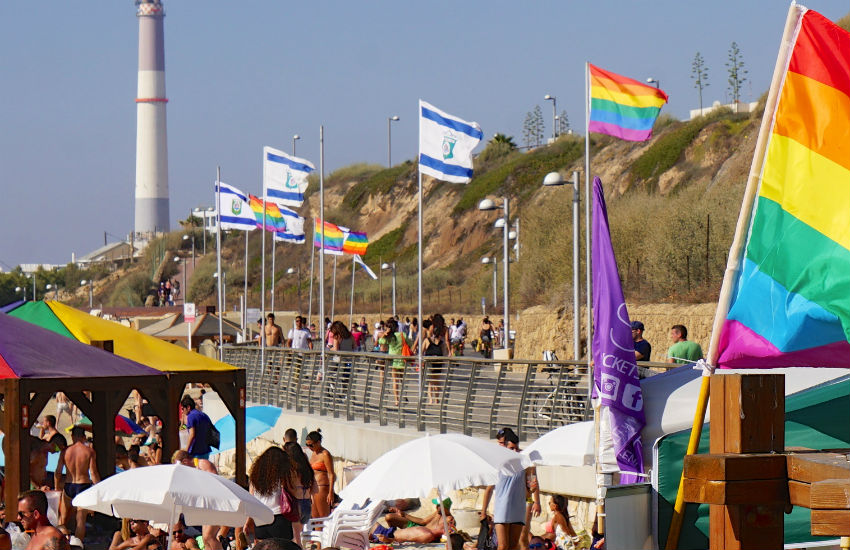 Israel is proud and open within its support of queer culture and uses it as a shining example of how they are progressive within social issues. Tel Aviv is a thriving gay district, Pride weeks are heavily promoted by Israeli tourism boards, and most notably, trans individuals are welcomed and celebrated within the Israel Defense Force.

To an outside observer, these seem like the hallmarks of a progressive and tolerant nation, but much of this is largely performative, with very little substance.

‘When engaging in pinkwashing, Israel is not promoting gay rights’

This use of queer narratives is known as ‘pinkwashing’. It is meant to cover up transgressions and silence potential critique with a facade of progressiveness and equality. When engaging in pinkwashing, Israel is not ‘promoting gay rights’. It uses the relative freedom accorded to (Jewish Israeli) gays as a public relations tool.

Pinkwashing is not about gay rights at all, but rather a means to justify the continued occupation and colonial settling of Palestinian land.

In short, Israeli pinkwashing aims to isolate queer from other identities and make its record on gay rights trump its continued occupation and brutalization of the Palestinian people. 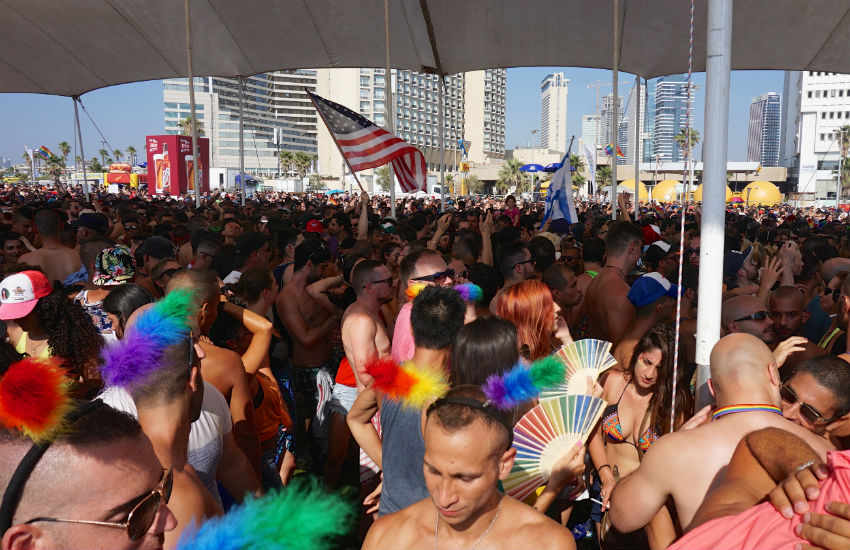 As queer activists, we seek to reject the cooptations of our narrative – Israel is not ‘different’ because it flies the rainbow flag, it is different because it is conducting land theft, state sanctioned violence on Palestinian men, women and children, and hiding these actions behind a rainbow flag.

Things do not exist in a vacuum – we must also be attentive to the oppression that these purported rights conceal. A myopic view of queer politics as a single-axis excludes other interconnected injustices based on race, ethnicity, class, gender, and other markers of difference.

There is no liberation for us if it may cost the lives of a nation.

‘All supporters of Free Palestine are welcome’

This year is the 70th anniversary of the Nakba (literally translated as ‘the catastrophe’), where 700,000 Palestinians were uprooted from their homes, creating a refugee crisis that is still not resolved.

National Union of Students Ethnocultural officer and Sydney University Palestine Activist Hersha Kadkol said: ‘BDS has been the key campaign internationally for mobilising solidarity with the struggle for Palestinian liberation and raising awareness for the cause.

‘With the pro-Israel establishment cracking down on BDS activists and their victories in the US, it’s so important that students and staff continue to keep up the pressure on campuses of another major ally here in Australia. All supporters of Free Palestine are welcome.’

There will be protests taking place internationally, and needless to say, our banner won’t be disappearing anytime soon.

This article appeared in the autonomous queer edition, Queer Honi 2018.