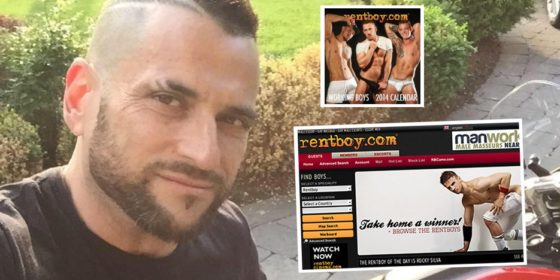 Gay Star News has followed the story since Hurant and six employees of Rentboy were originally arrested on money laundering and prostitution charges in August 2015. Months later in January 2016, Hurant was indicted by a federal grand jury in Brooklyn. The following month, the criminal charges against the six employees were dropped.

The six month sentence is far less than the 15 to 21 months recommended by federal guidelines.

‘This case has kept me up many nights,’ Brodie said. She also revealed she received more than 70 letters in support of the former CEO and website. In her ruling, Brodie disclosed she believed the site was started with good intentions.

Hurant doubled down on his belief he was ‘doing good things for good people,’ such as his scholarship fund for sex  workers.

In 2015, the arrests faced immediate criticism from lawyers, human rights activists, and escorts. Alex Feis-Bryce, Director of Service at the UK-based National Ugly Mugs scheme defended the site: ‘Many sex workers enjoy the control, freedom and independence brought by advertising online and this strikes at the very heart of their human rights.’

‘He’s a good guy,’ Neal Milch, Laundrylux’s CEO, said about Hurant. ‘My reaction is that Jeffrey wants to move on with his life and he will.’