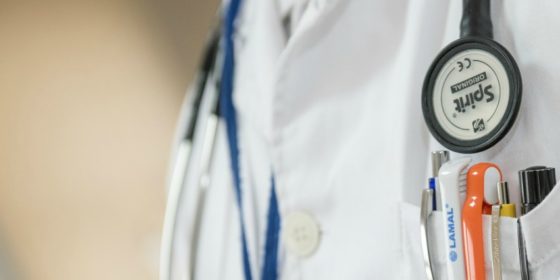 LGBTI people in India have reported feeling afraid of falling ill because visiting healthcare providers can be terrifying.

In the city of Hyderabad about 80% of trans people were denied healthcare. That’s according Rachana Mudraboyina of the Telangana Hijra Transgender Samithi (THTS).

Hospitals in Hyderabad refuse to admit trans people in male or female wards. Mudraboyina has called for a seperate hospital for trans people.

‘It is very important that we make our hospitals discrimination-free and treat transgender people as equals to other genders,’ she told Telangana Today.

‘It is very uncomfortable for them to get admitted to male wards, where they are not accepted, while women patients object to their admission in female wards.’

Coming out over again

Karthik* is a student in Chennai. His sexuality comes under great scrutiny when visiting the doctor for simple things.

‘I might be embarrassed by questions regarding my gender identity,’ he told EPeak.

‘Most doctors accuse me of promiscuity and won’t care if I have actually come for treatment for fever or cold.’

A young doctor has witnessed discrimination against LGBTI people in her work. She said in medical school a couple went to a psychiatrist’s outpatient service and was lectured about how ‘homosexuality is a disease’.

‘I know trans-men and women struggle to get the receptionist’s attention in hospitals just to be seen by a doctor,’ she said.

‘Imagine the emotional trauma they must go through when hospital authorities insist on using their old names and genders and LGBT struggle because they don’t have a legal document in their preferred name gender and pronoun.’

Despite the big task of trying to educate healthcare providers on LGBTI issues a number of non-profit organizations are working to make changes.

‘Identifying and training exceptional staff members who can effectively communicate respect for all patients, regardless of their gender identity, is a key component of a welcoming, gender expansive clinic environment,’ said social worker Biswa Bhusan Pattanayak.

‘If the staff members themselves can be representative of the diversity that the clinic wishes to welcome, that’s even better.’

*Names have been changed