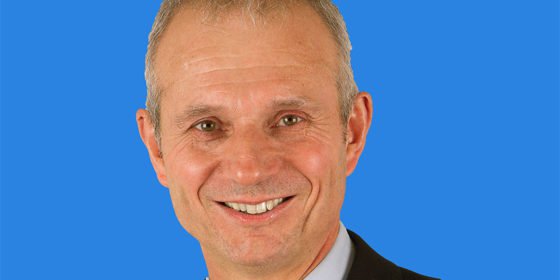 The new Lord Chancellor has been an opponent of LGBTI rights since the 1990s and voted in favor of repealing the Human Rights Act.

Lidington, an Anglican, said that year, ‘The purpose of marriage was not only to provide mutual love and commitment but also for the procreation of children.’

Lidington also said in 2003 he voted to maintain ‘the ban on the promotion of homosexuality in schools.’ This was at a time when the Labour government of Tony Blair was debating ditching the controversial Section 28 legislation introduced by the Conservatives in the late 1980s.

His new appointment is part of a cabinet reshuffle following what has been widely viewed as a disastrous General Election result for the Conservative party. They were unable to secure an overall majority of MPs in the Houses of Parliament.

Lidington will replace MP Liz Truss in his new role.

His appointment comes after May has already been criticized for her negotiations with the anti-LGBT DUP party of Northern Ireland. She is attempting to strike a deal for its 10 MPs to provide support to her minority government.

While Lidington will have rule over the UK supreme court and its judiciaries, he has little known legal experience or background and is not a lawyer.

He has been the MP for Aylesbury in Buckinghamshire since 1992.

On Twitter, he said he was ‘honoured and delighted’ with his new role.