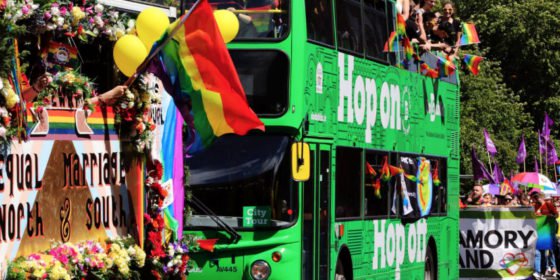 The two men, who are not identified, allegedly called kids and passengers wearing rainbow colors ‘faggots’ and ‘queers’.

A passenger on the bus told the Irish Independent: ‘Two lads came to my attention earlier as there was quite a large queue for the bus, they barged passed people quite aggressively to get on.

‘The two of them attacked some other people down near the back of the bus,’ she said.

Passengers began shouting at the driver to stop the bus, which he did. He tried to break up the fight, with no success. 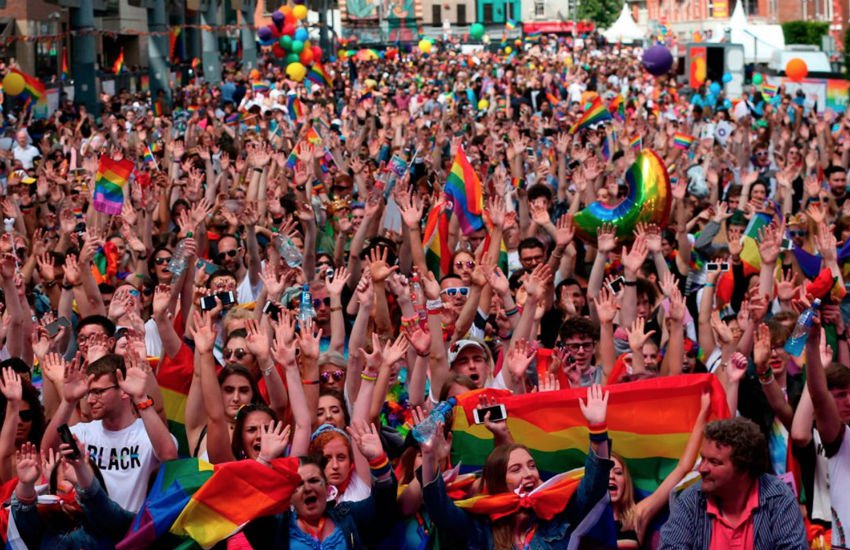 ‘He came back up to the bus and called the gardaí and opened the bus doors so that those around the fight could get off if they so wished,’ the witness said.

The bus stopped on a busy road, while the driver waited for authorities to attend the scene.

‘The two aggressive lads involved in the fight then walked up the bus and started shouting homophobic slurs abuse at people clearly coming back from Pride,’ the witness continued.

‘They were calling young teenagers fucking faggots and queers and other really nasty things. Some of the young people on the bus were left in tears. They were directing it at people with flags or their faces painted.

‘I helped a guy of about 16 or 17 wipe off the rainbow flags he had painted on his face so they wouldn’t target him,’ she said. 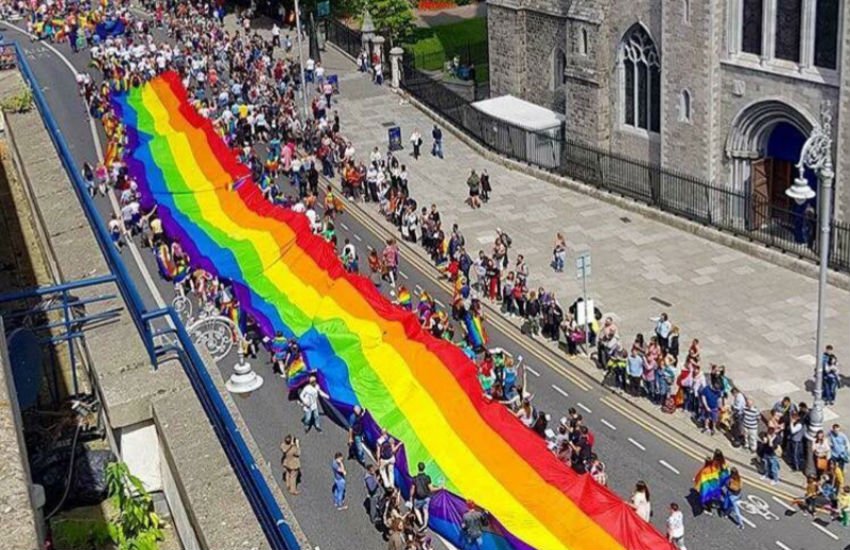 Eventually, passengers began shouting at the men to get off the bus. They realized they were outnumbered and left, shouting as they left.

An estimated 30,000 people attended the Pride event on the weekend (24 June).

He said: ‘What we see here at Pride is Ireland at its best. We have lots of differences in Ireland but it’s our differences that make us stronger.’

He previously said: ‘I am a gay man, it’s not a secret but it’s not something that everybody would know.’

‘It’s not something that defines me. I’m not a half-Indian politician, or a doctor politician or a gay politician for that matter. It’s just part of who I am, it doesn’t define me, it is part of my character I suppose.

‘I have always put the career and job and politics first,’ he said.