The UK parliament has delayed its decision on marriage equality in Northern Ireland today (11 May).

The government objected to Labour MP Conor McGinn’s private member’s bill. He hoped to bring same-sex marriage to the only part of the UK or Ireland where gay couples cannot wed.

It will appear for its second reading on 26 October.

Gavin Boyd, the policy director for The Rainbow Project, has said he is ‘disappointed’.

‘This will be the tactic going forward. We imagine the exact same strategy will be used again,’ he said, saying it is likely the bill will just keep being delayed.

‘It’s very disappointing position for us to be in. This is going to be frustrating for LGBT people across Northern Ireland. I imagine they will express their frustration in different ways.’

Activists for marriage equality will now likely regroup and stage protests in the coming weeks. Marriage will likely be a major issue at Belfast Pride on 4 August.

Activists will now call on Prime Minister Theresa May and Secretary of State Karen Bradley to take on this issue.

‘Why are they not doing everything to make this correct?’ Boyd asked. ‘People have reasonable questions to ask who is really in control of this government.

He said: ‘I’m calling on the Government to get off the fence and do the right thing by the people of Northern Ireland and the thousands of same sex couples who are denied their right to marry by allowing this Bill to proceed.’

PM May previously insisted marriage equality was an issue for Northern Ireland’s assembly, Stormont, to decide.

She added she hoped there will be an ‘executive in place soon that will be able to address these issues’.

However, Stormont has collapsed. There has been a 17-month failure to restore the executive and assembly.

Is Theresa May ‘hiding behind the DUP’?

The DUP has a deal with the Conservatives. Following losing a Tory majority, the DUP agreed to support Tory bills in exchange for £1.2 billion for Northern Ireland.

Northern Ireland’s office said the Government’s policy is to allow a free vote on matters of conscience such as equal marriage.

Belfast couple Cara McCann and Amanda McGurk are speaking to politicians about the bill. 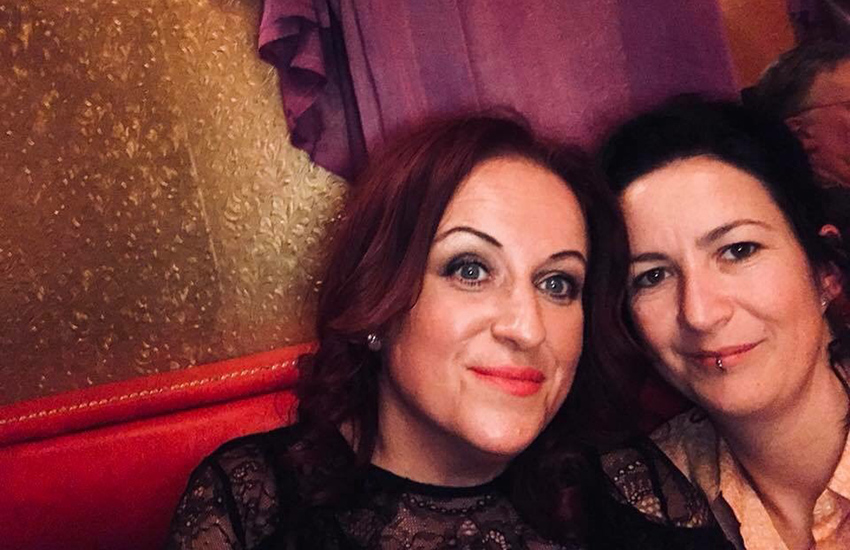 Amanda and Cara want to get married

‘We don’t have the same rights as the people who live in the same country as us,’ McCann told Gay Star News.

‘I want to call Amanda my wife.’