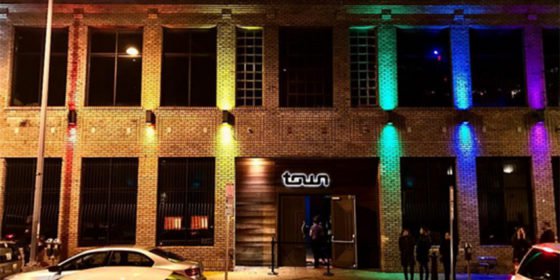 Washington DC’s largest gay nightclub, Town Danceboutique, has announced it will be closing next year.

The club will be shutting down after a decade.

‘In the spring of 2016, the property was sold to a developer and it will be turned into an apartment complex in the coming years,’ the club’s owners announced.

‘It has been our privilege to own and operate Town and to have worked with an incredible group of employees in various capacities that have helped make the club such a significant part of DC’s LGBTQ community. 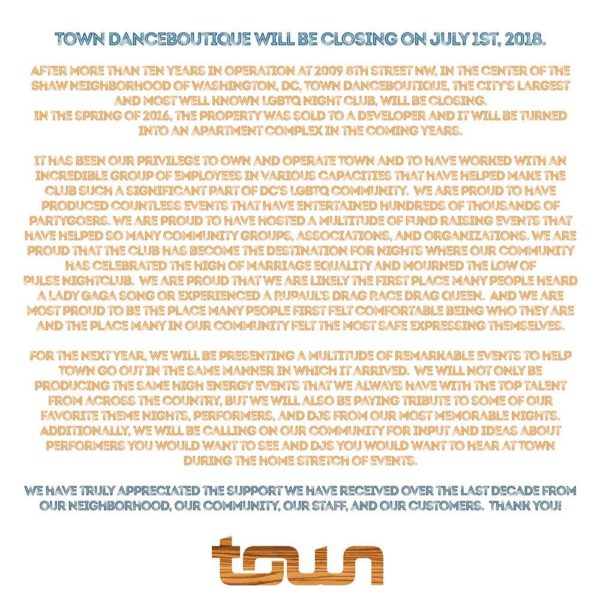 They continued: ‘We are proud to have produced countless events that have entertained hundreds of thousands of partygoers.

‘We are proud to have hosted a multitude of fund-raising events that have helped so many community groups, associations, and organizations.

‘We are proud that the club has become the destination for nights where our community has celebrated the high of marriage equality and mourned the low of Pulse nightclub.

‘We are proud that we are likely the first place many people heard a Lady Gaga song or experienced a RuPaul’s Drag Race drag queen.

‘And we are most proud to be place many people first felt comfortable being who they are and the place many in our community felt the most safe expressing themselves.

Just heard the devastating news that @towndanceboutique is closing. I have so many amazing memories of going there in my first years in DC. Birthdays. Halloweens. Drag shows. Spontaneous nights. Gay spaces are so sacred and are disappearing and it breaks my heart to see this place go.

They said for the next year, they will be presenting a ‘multitude of remarkable events’.

‘We have truly appreciated the support we have received over the last decade from our neighborhood, our community, our staff, and our customers. Thank you.’

People on Twitter mourned the loss of Town Danceboutique.