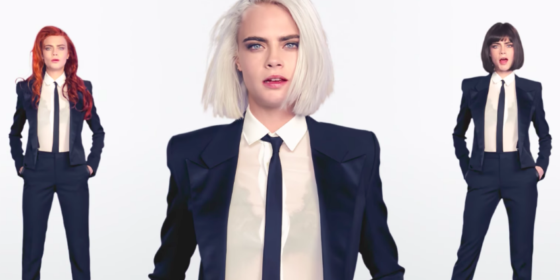 Did you know that British model and actress Cara Delevingne also sings?

The starlet has released a video to accompany her latest single, I Feel Everything.

We’re teased with clips from Valerian and the City of a Thousand Planets in the video.

I Feel Everything is a sultry track. Cara herself is responsible for the lovesick lyrics.

The video also sees the singer decides to try out a few new hairstyles.

We all wish it was really that easy to switch between long red waves to a short black bob.

Pharrell Williams team up with Cara to produce the track.

The pair have worked together before too.

Back in 2014, they paired up for a CHANEL short film. Karl Lagerfield directed and created it. Pharrell wrote the music for the film while Cara starred as the lead.

Valerian and the City of a Thousand Planets comes out in the UK this Friday (Aug 4). It’s already out in the US.

Watch the video below and let us know whether you think the model needs to take to the mic more often.