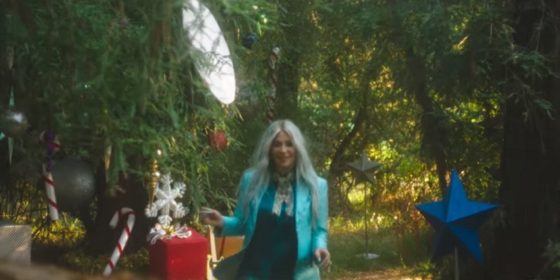 Kesha brings us the incredible Learn To Let Go from her upcoming album Rainbow.

The music video begins with Kesha sitting down to watch old video tapes of her childhood.

We then see Kesha is in the middle of the woods. As she travels through the woods, Kesha finds herself recreating those memories.

Lyrics encourage people to ‘exorcise the demons inside’ and learn to let go’.

The song itself is incredibly catchy and bound to have that earworm effect.

‘It’s time to practice what I preach’

Throughout the video, we’re shown what appears to be genuine tapes of Kesha’s childhood.

Kesha even replicates the dancing she did as a child with a grin on her face.

Yet again, this new release has everyone excited for the release of her next album.

Rainbow is due to come out 11 August.

Watch the video for Learn To Let Go here.