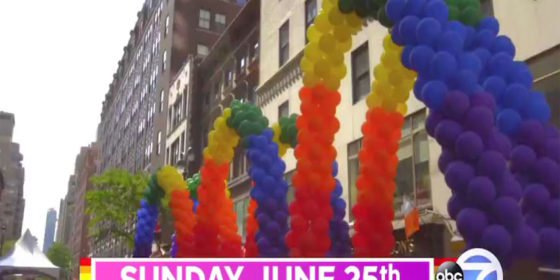 For the first time in history, New York City Pride aired a commercial on television.

During Wheel of Fortune on Tuesday 13 June, TV station ABC7 aired the first ever commercial advertising the NYC Pride March on 25 June. The ad was broadcasted to everyone in the New York metro area.

Additionally, Channel 7 is broadcasting the parade live – another first for NYC Pride.

‘Channel 7 prides itself on being able to bring important, local celebrations of community spirit to as many people as possible,’ said Dave Davis, WABC-TV’s president and general manager, in a statement. ‘We look forward to making this year’s March the best ever.’