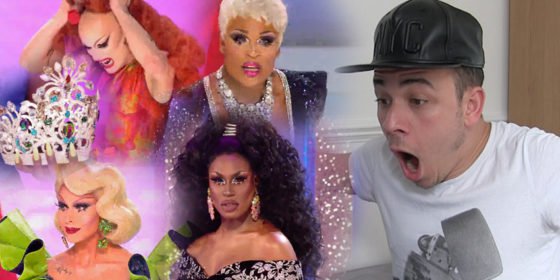 RuPaul’s Drag Race came to an end on Firiday with an epic finale.

In the last episode, we saw the final four queens battle it out in the most intense lip sync battle ever.

Highlights include Peppermint’s double reveal and Sasha lifting her wig to be coated by a cascade of rose petals.

We also saw all of the previous queens of the season come back to show off one final runway look.

So we had to do another of our video series: GSN Reacts.

Our video editor Lewis has recorded a reaction video for every episode of the season.

Watch the epic reaction to the RuPaul’s Drag Race season 9 finale below: