IDAHOTB, or International Day Against Homophobia, Biphobia and Transphobia, is one of the biggest day for LGBTI rights in the world.

Across the globe, people will be coming together to commemorate, campaign and celebrate on 17 May.

The theme this year is Alliances for Solidarity.

Nine big Brisbane landmarks will be shining with rainbow lights on the night of 17 May. Queensland Parliament House, Brisbane Powerhouse, Queensland Performing Arts Centre and Brisbane City Hall are all taking part.

Rainbow flags will also fly from the HQs of emergency services and at Brisbane City Hall. There will be a free IDAHOTB remember event at Brisbane Powerhouse.

In Victoria, hundreds of students will throw paint-filled water balloons at the Fawkner Police Station. This will become a permanent mural celebrating the LGBTI community.

‘The rainbow artwork will form a permanent 80m mural on the police station fence and is a symbolic way for the community, including police, to show that we’re taking a stance against violence and discrimination,’ Acting Inspector Troy Papworth said.

And in Melbourne, CGU Move in May will be a large community event. There will be an all inclusive Fun Run Walk, beginning at the Royal Botanical Gardens.

In La Paz, an exhibition will celebrate trans people in the 60s and 70s. The event will be the candidate for the PCI of Humanity award, which honours the political presence of vindication the rights of historically excluded populations.

The city council of Aracaju will host a LGBTI forum to combat bigotry against the community.

Researchers will also publish a history of LGBTI activism in Brazil, going from 1850 to today.

Toronto’s RightsCon will take place from 16-18 May. It will be covering everything from the Me Too movement to virtual reality to fake news.

The Rainbow Bike Ride returns on 19 May. Six teams of cyclists, wearing different colors of the rainbow, will start from every corner of Shanghai to meet up for a picnic.

The Festival of Queer and Feminist Culture will be held in Rijeka on 17-19 May.

It will aim to ‘queer up’ the city for IDAHOTB, and to also show the oppression and violence people face every day in society. 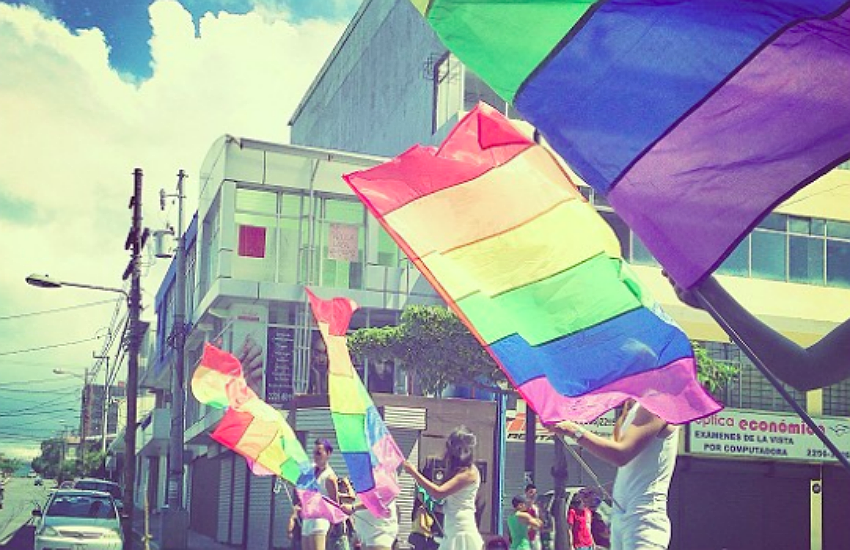 You gotta fight for your right | Photo: juanelpeor Instagram

Be sure to check out the Front for Equal Rights’ night of artistic expression, showcasing painting, poetry and music.

Marches and conferences, led by the National Center for Sexual Education, will be taking place across the island nation.

Daniela Vega, the trans actress who starred in A Fantastic Woman, will participate in festivities in Havana and Pinar del Rio.

Activists will march in the anti-transphobia march taking place in El Salvador on Saturday.  It is the ninth annual event to raise awareness of trans killings in the Central American country. 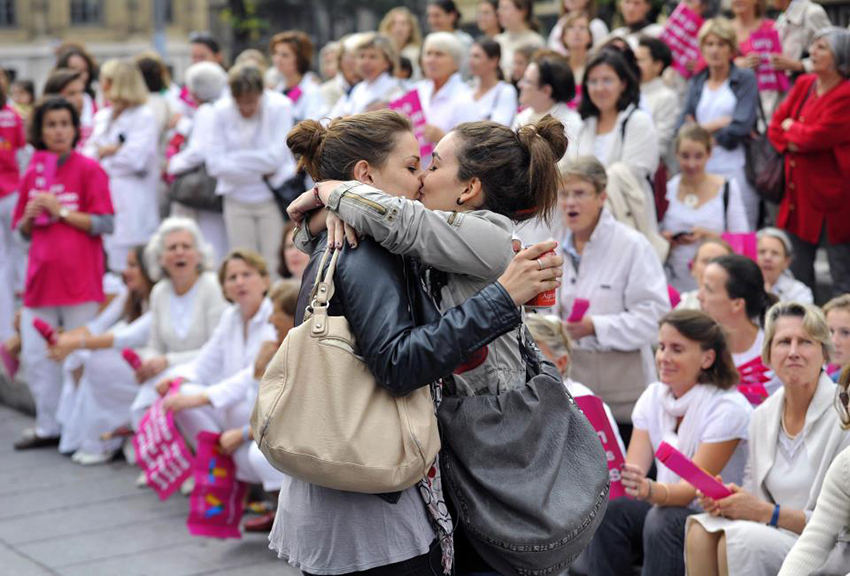 The City of Paris will award LGBTI defenders including Stuart Milk, the founder of the Harvey Milk Foundation, and Cameroonian asylum activist Alice Nkom. Aurore Foursy, the president of Inter LGBT will also be awarded.

Groups will come together under the name of the Guatemalan LGBTI Federation to come together to commemorate the day. This will include the sixth annual Walk Against Homophobia.

LGBTI youth will be center-stage at the Society Against Sexual Orientation Discrimination reception on the eve of 17 May. Attended by diplomats, officials and youth, it will aim to build alliances to better human rights in the South American country.

Kukulcanhn Tegucigalpa has organized a full week of activities which ends with march against homophobia, biphobia and transphobia on Saturday. 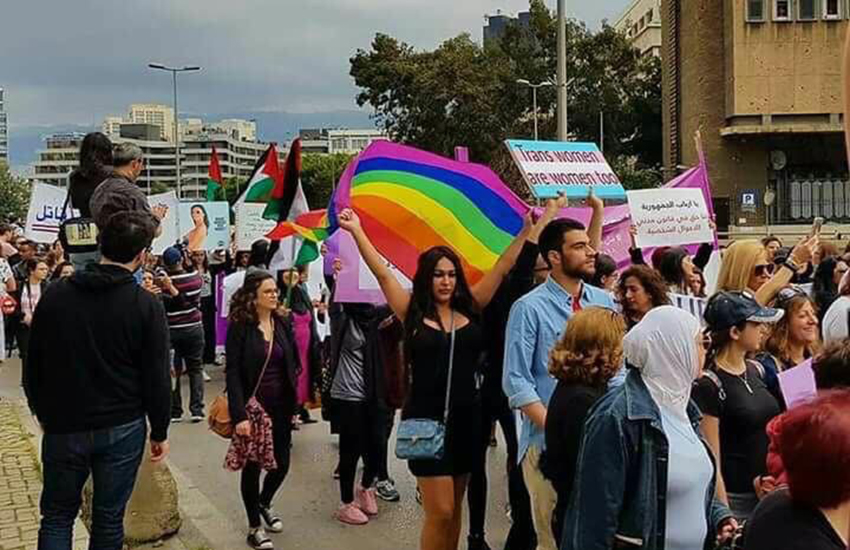 IDAHOTB takes place in the middle of Beirut Pride this year. While there is no traditional parade, due to safety concerns, there will be a massive program of panels, fashion shows and live performances.

The LGBT Bestoton will be held on 17 May at the Palace of Fine Arts in Mexico City. The event will raise awareness about the consequences of discrimination.

Mexico is one of the most dangerous places to be gay in the world.

Calling all movie-lovers. Haver is organizing FALAFEL, a festival of Israeli LGBTI movies. It will shown in Belgrade on 16 and 17 May. 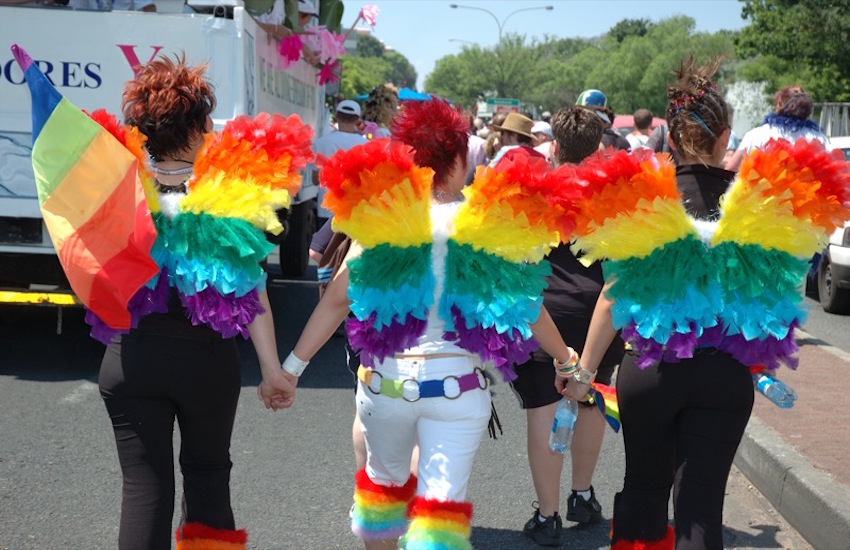 LGBTI group Same Love Toti is organizing a Beach Walk in Durban on 12 May. A moment of silence will pay tribute for victims of LGBTI hate crime.

Sri Lanka is on the verge of decriminalizing homosexuality. Activists will hold a debate on 17 May on how to engage with the Sri Lankan government to implement suggestions and recommendations received at the Universal Periodic Review. Representatives from the government, charities, police and media will be in attendance.

Rock of Hope, a human rights group, will march in a parade with believers of LGBTI equality in Swaziland in the beginning of June. A foreign campaign, disguising itself as the Parents of Eswatini, are demanding the group is disbanded and the parade is stopped.

Several events are planned across Bangkok on 17 May. Keep updated on the Facebook page. 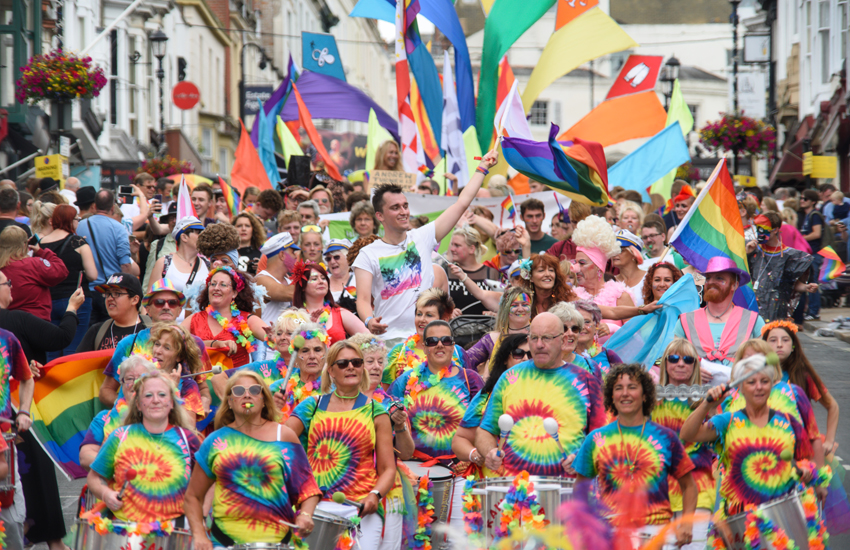 The UK parliament will mark IDAHOTB with a discussion in the House of Commons. Nick Herbert, who chairs the LGBT Rights group, will hold the three-hour debate on 17 May from around 2pm.

All MPs have been invited to speak on the current state of Britain’s LGBT rights policies, as well as its influence in the Commonwealth.

In London, Kaleidoscope Trust will be hosting a panel discussion examining the role of the law in ensuring equality for LGBTI people across the world.

While in Liverpool, there will be an afternoon of singing, dancing, poetry and performances by members of Many Hands, One Heart, alongside Movema and the Liverpool LGBT Choir.

And in Manchester, there will be a gallery installation by Mike Upton looking at 30 years of activism in the city.

Under the current political landscape, LGBTI Americans are getting hurt.

The American Psychological Association will unveil a public Congressional Briefing on Capitol Hill on 17 May. It is titled Rolling Back Progress: How Shifts in Federal Policy are Hurting Lesbian, Gay, Bisexual and Transgender Americans.

On a lighter note, the LGBT Moda Showcase will take place in New York City on 16 May. It is calling itself a showcase of fashion, identity and expression.