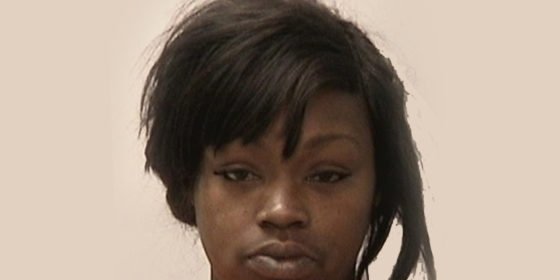 A woman was sentenced to nine years in prison for pulling a knife and trying to kill five men outside a gay bar in San Francisco.

On 25 April, five victims had left Club OMG when they were confronted by Martin and several of her friends.

The victims scattered, with two running to a car and locking the doors.

Martin kicked the car doors, banged on the windows and tried to slash the tires with her knife.

She then ran after the other three, who fled to one of their apartments a block away.

Martin and her friends cornered the victims in the building’s lobby as they tried to call police, but they were able to escape.

Police arrived and placed Martin in a car, but she kicked the windows hard enough to cause damage to the glass and window frame.

Prosecutors charged her with committing a hate crime. However, jurors found her not guilty.

Defense attorney John Kaman claimed Martin is bisexual and her homophobic threats was a part of her ‘vernacular as an admitted drug dealer’.

‘That is the way she talks,’ Kaman said in his closing argument, according to SF Gate. ‘It doesn’t mean she hates members of the LGBT community. It doesn’t mean anything at all.’

Assistant District Attorney Benjamin Mains, writing in a sentencing brief, said Martin’s victims were ‘celebrating in what they rightfully presumed was a safe and welcoming place’.

He added: ‘The sense of community that we foster in San Francisco is one of inclusion and acceptance.

‘It is a fundamental tenet of this city that you can be open and proud regardless of who you are, or who you love.’