As a heartland of Europe, you might expect Brussels to just be an amalgam of cultures that feed off one another.

But the Belgium capital has its own food, history, originality that makes it a prime city destination.

With my boyfriend, we decided to take a romantic trip for two.

Considering we traveled in March, it was unfortunate timing a blizzard hit western Europe.

St Pancras wasn’t exactly the happiest place in the world, as I spotted 30-year-old adults wearing Minnie Mouse ears sniffling about not being able to meet Goofy that day.

But while our original train was canceled, we were thankfully put on one soon afterwards. While we were sadly separated, it was a short enough journey that the inconvenience wasn’t much bother to deal with.

After all,the Eurostar from London to Brussels was probably also more reliable than going by plane. It’s also quicker than going to Paris.

And considering we splashed out a little for Standard Premier seats on the way back, with its luxury seats and table service, the train definitely made up for the journey there.

We had absolutely no complaints about the hotel, conveniently named The Hotel.

Staying on one of the top floors, the pristine standard deluxe room was dominated by a large and comfortable bed basking in the view of the city.

It was exactly what we needed. But going beyond was the fact we had access to the Panoramic lounge. Inside you could sip free champagne enjoying the sights of Brussels and sample bites to eat from the talented chefs.

Breakfast, a mix of continental and cooked buffet, was also delicious.

Considering the snow was still blasting the city from every angle, we were unsure of where to go for a bite to eat.

Using a little Googling, I quickly found Le Perroquet – a cafe/bar tucked behind the hotel.

With an art nouveau style interior and a fondness for playing hip hop on the stereo, we loved dropping in for their pittas. If you’re looking for a place to go that serves booze and cheap dishes in a cool, quirky environment, this would be a place to go. 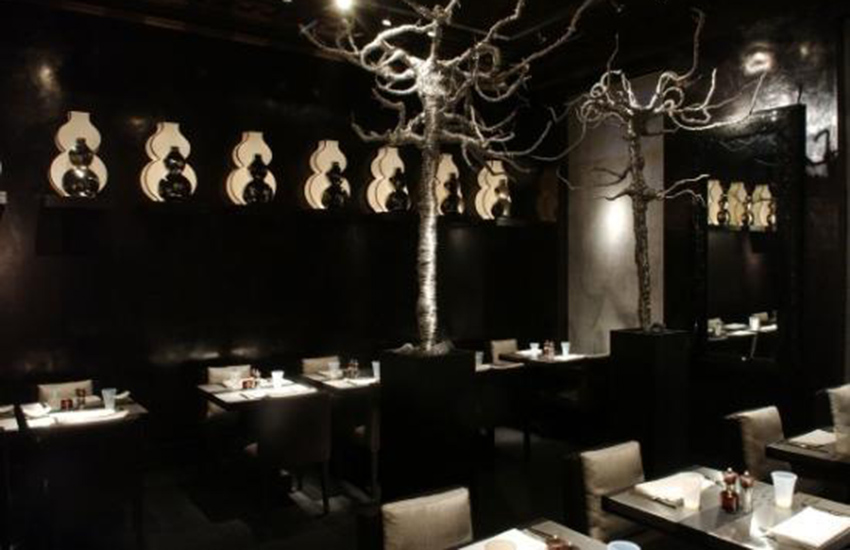 Never let it be said that Belgians don’t know how to do food. While you might think Brussels is all beer, frites, waffles and chocolate, Cospaia shows how excellent tastes can be.

Utilizing seasonal ingredients and the best cuts of meat, I had a delicious steak while Ed had a duck in blackcurrant sauce.

Wanting to at least try a dessert, we shared a Colonel. And we’re glad we did, considering it was a lemon sorbet drenched in vodka. Refreshing and inebriating – the perfect combination. 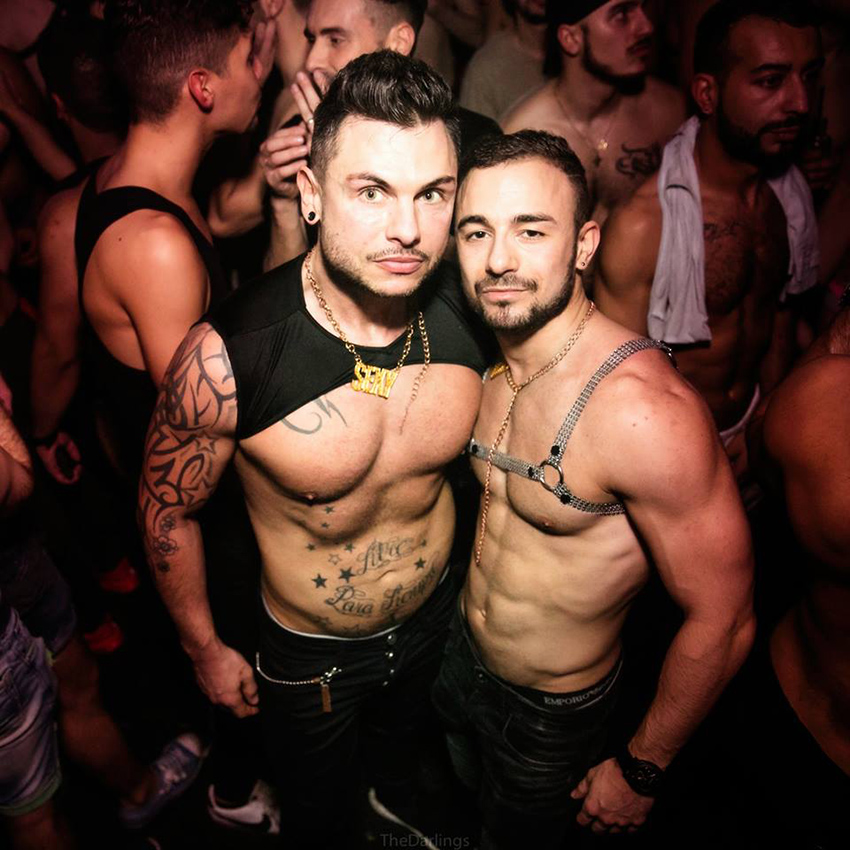 La Demance is one of the craziest gay clubbing experiences in Belgium, if not Europe.

With a big blowout party every month, the action takes place in mega venue Fuse.

Showcasing half-naked men in harnesses, elaborate costumes, performers, light shows and an impressive DJ roster, it is the night nearly every gay Belgian waits for.

While my thing is probably more of a chilled beer in a pub rather than all-night clubbing, it was definitely a fun experience.

Using the Brussels card, granting free entry to 39 museums and discounts to tourist attractions, shops and bars, we wanted to see as much as possible on Saturday. 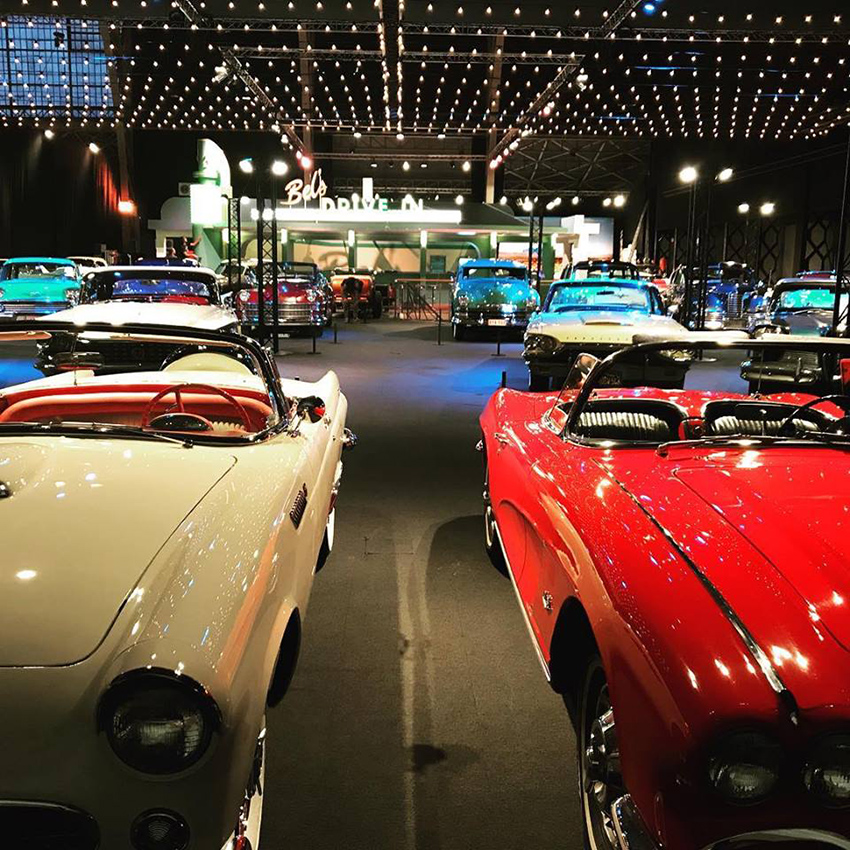 We opted to head to Autoworld first, a warehouse of 250 vehicles of worldwide origins illustrating the development of vehicles over more than a century. Thankfully, dating a car nerd, I was able to get more information about the cars on display. While it’s great to just look at the machines, I’m the kind of museophile that likes reading the blurbs and missed that opportunity. 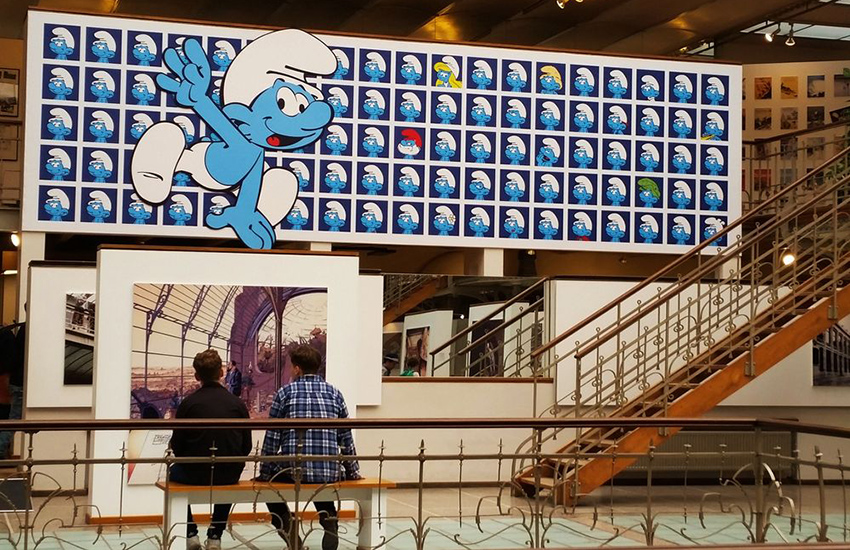 The comic strip museum, celebrating iconic characters like Tin Tin and the Smurfs, had information in spades. If you want a nostalgia hit or to just learn more about French-language comic strips, it’s a fascinating experience. 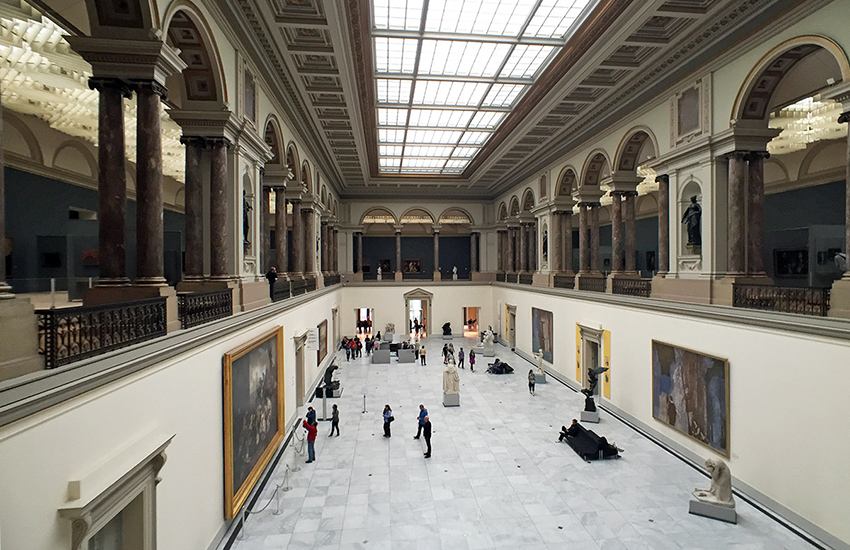 And we had to go to the Royal Museum of Fine Arts, the essential cultural center of the city. Six museums in one, it features everything from the religious art of the 15th century to the modern day. The Magritte Museum, presenting over 200 works by the most famous of Belgian surrealists, is extraordinary. 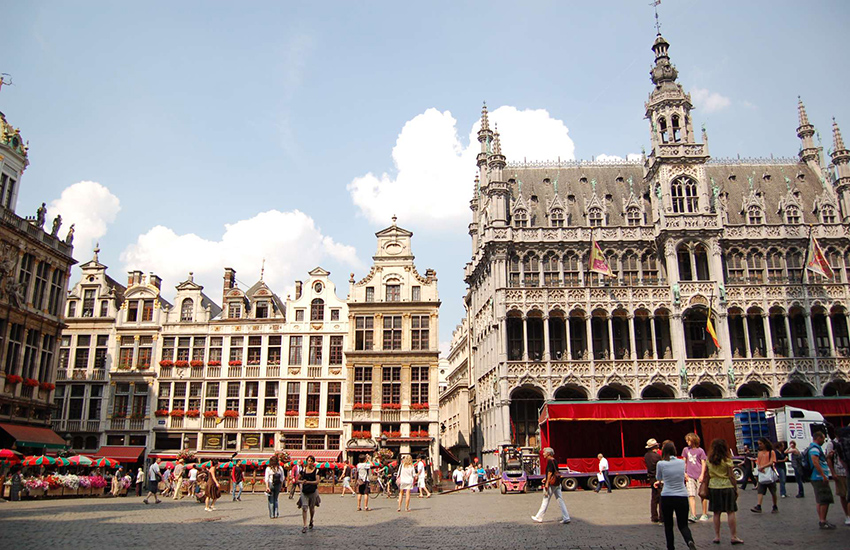 The Grand Place owns its boast as one of the most beautiful squares in Europe. Surrounded by opulent buildings and the city’s grand Town Hall, it is a must-see if you’re heading to Belgium. 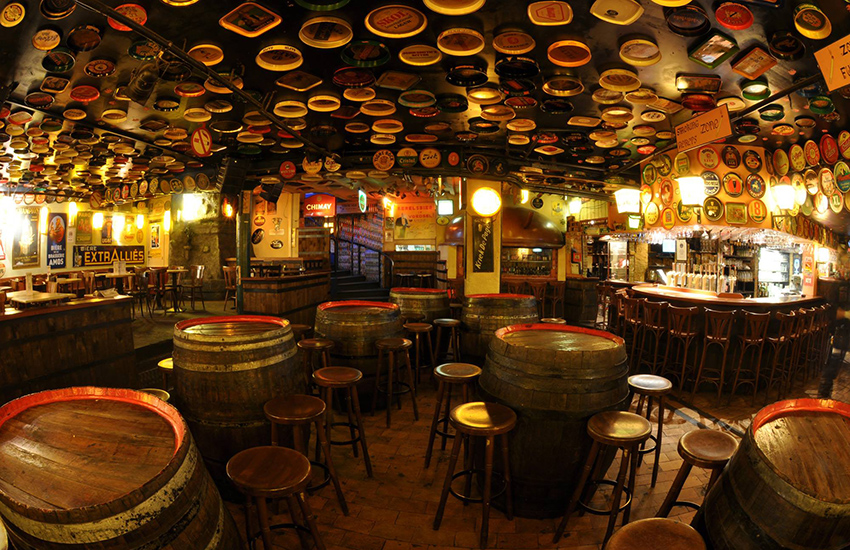 Before you go to Brussels, the one stop many people tell you to make is to have a beer at Delirium. Holding over 2,000 beers, there is ample choice for any booze connoisseur. We tried a Delirium Red, a cherry beer that is both tangy, fruity, sour and sweet. We also had a Guillotine, a blond beer that was both refreshing and not too heavy. It might be super popular, considering its likely the most famous bar in the city, but there’s a lot of space. 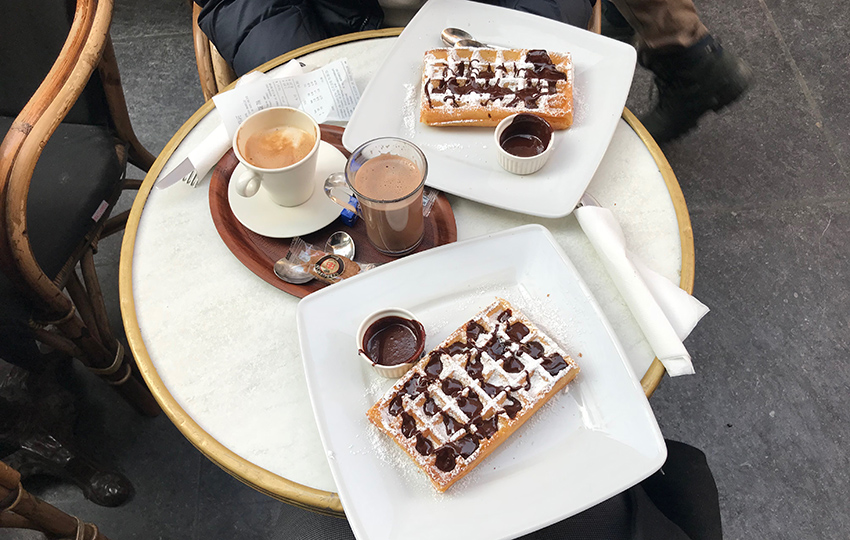 But what is virtually completely unknown is Makafe – an out-of-the-way bar and restaurant tucked in the shopping arches near the Grand Place. Stay away from the greasy tourist traps and head here for a properly done waffle with luxurious chocolate sauce. If it’s a little chilly, the rum hot chocolate will warm you up immediately. A hidden treasure. 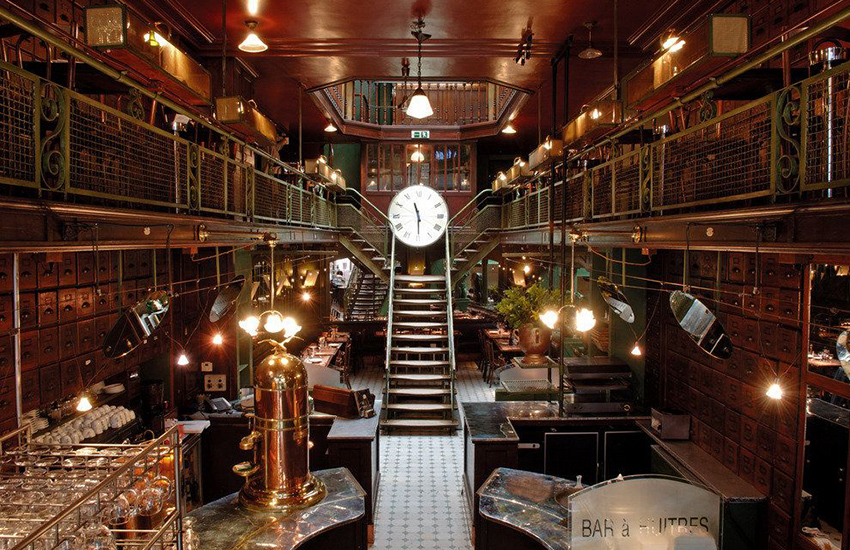 What was once an upmarket ironmonger’s shop is now a unique brasserie: La Quincaillerie stuns with gleaming copperware and a green wrought-iron interior.

With an impressive beer and wine selection, the food also does not disappoint. Try the famous vol-au-vents chicken and the seafood platter.

Who knew Belgian drag was so good? With not a single whiff of Drag Race stardom, eleganza is the only way to describe the scene in Brussels. Painted to filth, lip syncs on point, and dance moves galore, these drag queens know what they’re doing. 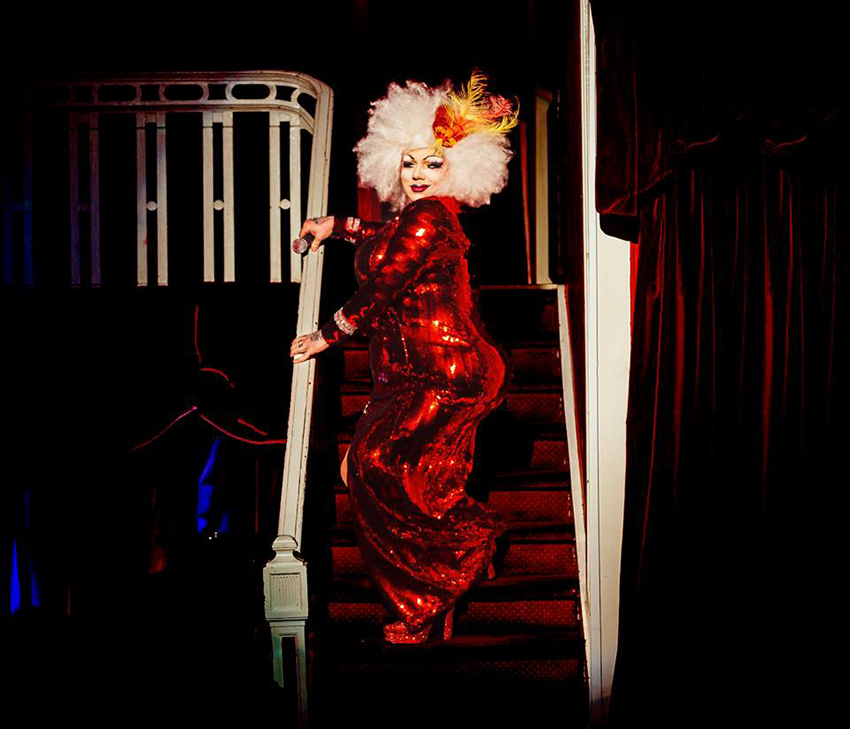 Boule Rouge is a two-level restaurant that becomes a cabaret-style cocktail and wine bar at night. Stay for the wild and varied performances, ranging from Eurovision classics to Je Ne Regrette Rien. 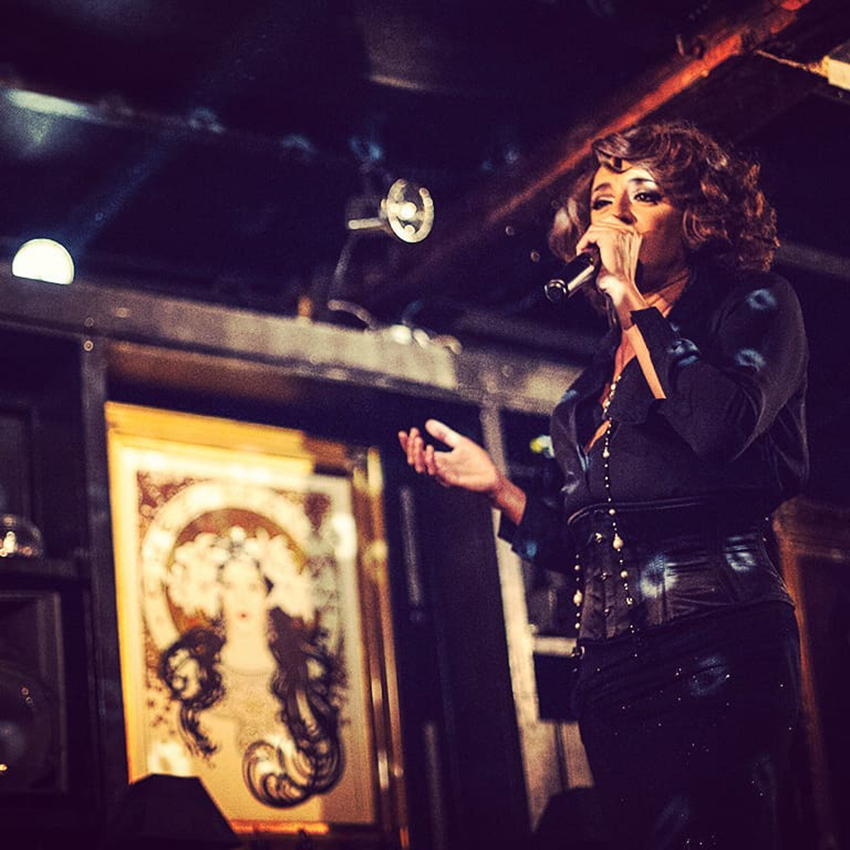 Chez Maman, an intimate clubbing venue, is also a powerhouse for alternative drag. If you think LGBT nightlife is samey, then head here for a fantastic night. 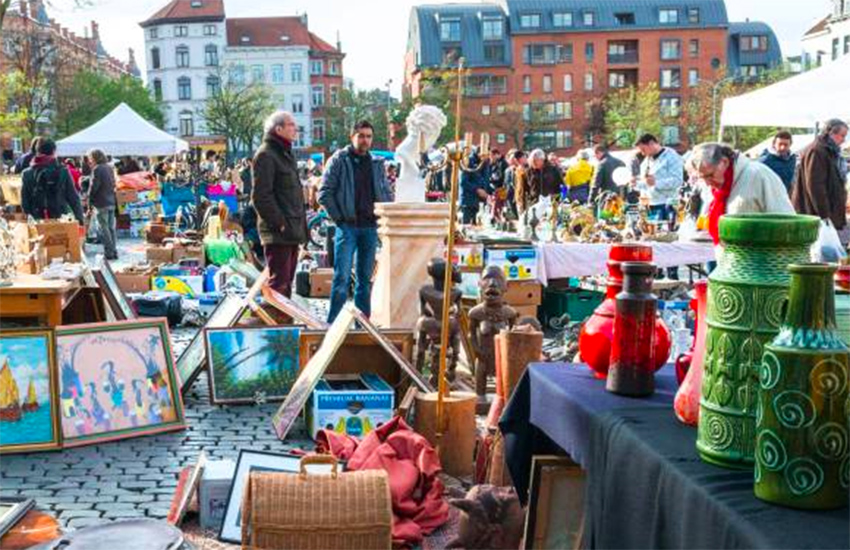 Sunday morning came and we were told we couldn’t leave Brussels without a trip to the antiques district.

The Place du Jeu de Balle flea market, a daily sprawling market set in a square in the Marolles District, is a trove of treasures to be found. You can find everything from old car sets to vintage clothing to silverware to cut glass.

There are a lot of shops around the area showcasing a lot of antiques and vintage with a lots of bargains to be had. Be sure to check out Stef Antiek, possibly the best shop on the street. 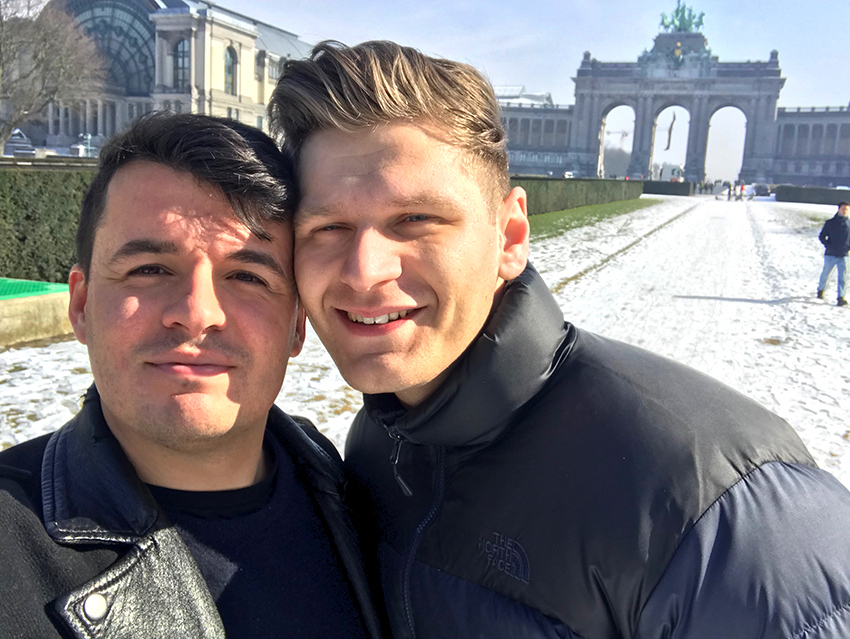 I don’t know what I was expecting when it came to visiting Brussels. Sure I expected the classic culture of European city, but this one has a little more going for it than you might expect. It pairs the architectural romance of Paris, the varied nightlife of Berlin, and the relaxed vibes of Amsterdam. But it’s also so much it’s own place, and one that you’ll always remember.

Accommodation generally given by The Hotel.