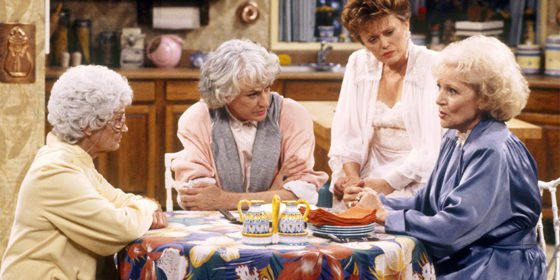 A gay version of the much-loved sitcom Golden Girls, entitled Silver Foxes, may be on the way

Between 1985 and 1992 the Golden Girls proved a ratings hit around the world. It centered on the lives and adventures of Blanche, Dorothy, Sophia and Rose – four seniors living in Miami. Not only was the show savagely funny, but it advocated a message of love and acceptance – making it a bit with many LGBTI viewers.

Stan Zimmerman, a writer of the original Golden Girls show, has co-written a pilot episode for Silver Foxes which will follow the story of four elderly gay men.

Guess the cat is out of the bag about that secret reading I had last year. Fingers crossed that Hulu or a major network has the guts to portray the story of 4 older gay men. #silverfoxes #sitcom #gaymensgoldengirls #pride http://www.huffingtonpost.com/entry/593912d3e4b094fa859f15ea

Zimmerman said, ‘Everyone of us is getting older,’ he told the Party Foul Radio podcast, ‘Especially with gays and lesbians and transgender, we create our own families – and that’s what the Golden Girls did. Those women came together and supported each other.’

The series will be written by Zimmerman and James Berg who also worked together on Roseanne and the Gilmore Girls.

They currently have another gay-themed sitcom, Secs and Execs with Sandra Bernhard, streaming on tello Films.

The two writers are hoping the series will be picked up by the Hulu or other major network, according to an Instagram posting.

No official announcement has been made about who will be cast.

Who do you think would be good in the show? Comment below.