The pop star, who came out as bisexual earlier this year, has been admitted to rehab multiple times.

Close friends reported that he had “threatened to take his own life multiple times” and police were called in after he was seen behaving erratically.

Now Aaron has returned to social media to share a new look after some time out of the spotlight.

The post has attracted more than 40,000 likes and over 3,000 likes from supportive fans. 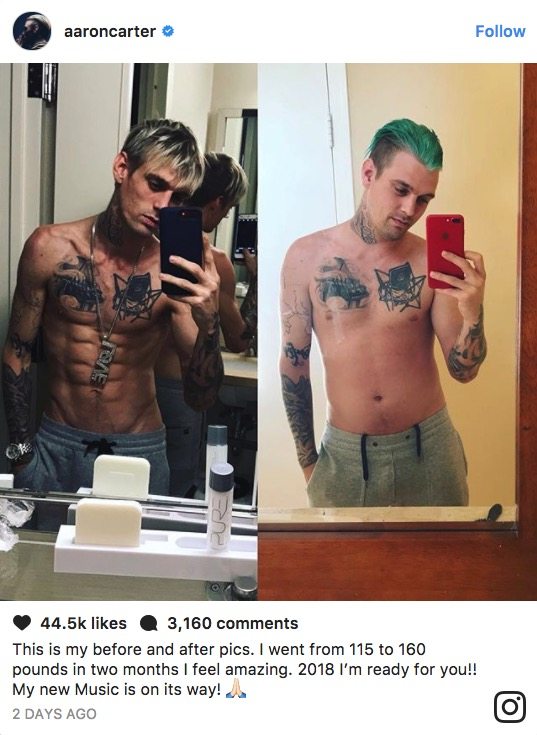 Medical experts Dr Travis Stork and Dr Jorge Rodriguez warned Aaron that he would have to make huge changes in his life if he wants to avoid serious health problems.

At the start of September he was tested for HIV and a number of STIs by the TV doctors.

He sobbed in front of cameras as he described how his weight has plummeted to dangerous levels.

“I need help, I’m scared,” he told US TV show The Doctors. 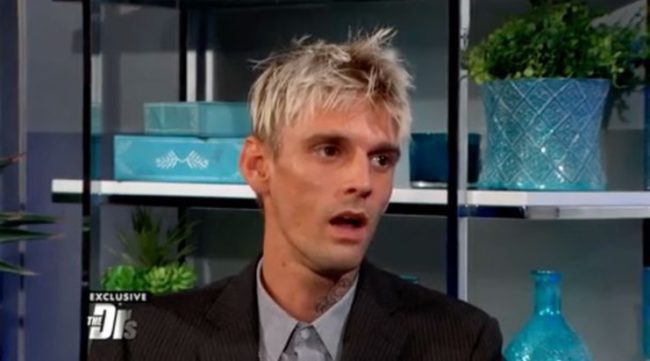 It was later confirmed he is HIV-negative and did not have any STIs.

One report states the caller told cops Carter was “not in a safe mental state … engaging in drug activity.”

Police noted that Carter has “threatened to harm family and others.”

A woman also made a desperate 911 call to the St. Petersburg Police on 5th September alerting officials that Carter was driving around after “inhaling computer duster.”

The worried onlooker claimed the brother of Nick Carter is “very very ill, he’s on the verge of death.”

She then told cops that the next time “you guys go out there it’s going to be finding him dead.”