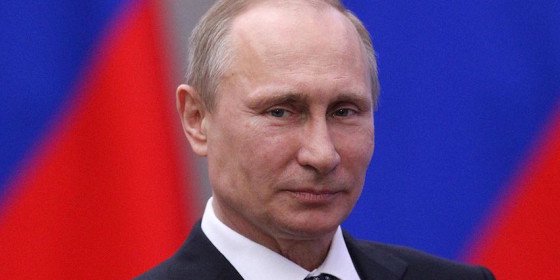 A leading LGBTI organization in Russia has warned promises to investigate crimes against gay men in Chechnya might not be fulfilled.

Russian President Vladimir Putin promised to investigate ongoing persecution of gay men at the end of May.

Gay men in Chechnya have been unlawfully detained, persecuted, tortured and even in killed in the Chechen Republic.

During an official visit to France, Putin promised newly elected French President Emmanuel Macron he would investigate the persecution.

But the Russian LGBT Network believed these promises are ’empty ones’.

The Network said in a statement there is strong evidence the Russian authorities ‘have no interest in initiating a just and transparent investigation’.

It cited the promotion of Lieutenant-Colonel Vladimir Polivanov to on May 23 to the head of the investigation of the crimes in Chechnya. The Network argued Polivanov has little experience working in Chechnya compared to his predecessor.

‘Within a few days, according to my information, Tatyana Moskalkova, the human rights commissioner, will personally visit Chechnya,’ Bukin told activists.

‘If the investigation [of her and her colleagues] yields some results, there is going to be a trial.’

But only a few days before Bukin’s comments, Moskalkova said it didn’t make sense for her to pay a visit to Chechnya.

Legally, the Russian Constitutional Law rules that Moskalkova has no authority either to conduct an investigation or to offer state protection for victims. Also the Code of Criminal Procedure says that state protection can be offered only when the criminal procedure is initiated. The Investigative Committee has not started any kind of criminal trial regarding LGBTI victims in Chechnya.

‘The Russian LGBT Network expresses its concerns regarding the false investigation and continues to call the Investigative Committee of Russian Federation to urgently initiate a criminal case,’ the Network said in a statement.

‘In case the Investigative Committee continues to disregard this issue, the Russian LGBT Network will insist on carrying out an investigation with the involvement of international courts.’