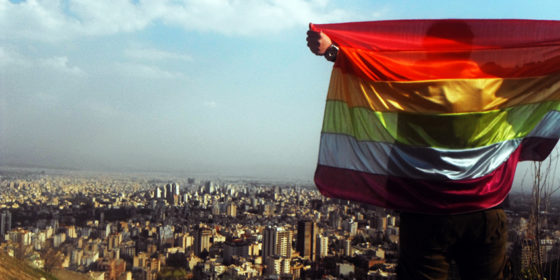 In Iran, being gay is punishable by death. This means the possibility of a large Pride march through the capital remains a long time away.

But a burgeoning group of LGBTI people are not waiting for the perfect day, they are taking a stand now.

Marching for the first time

In Amsterdam, Iranians will have its first boat in the Canal Pride parade.

While many will still wear masks at the heavily photographed event on 5 August, it will be a message to advocate for the fundamental rights of LGBTI people in one of the hardest places to be gay, bi or trans in the world.

JoopeA, a not-for-profit foundation, will be there in the Netherlands capital.

‘We, as an Iranian queer community out of Iran are going to come out of closet and prove that we are not ashamed of ourselves and we are proud of who we are,’ they said.

‘We will be marching behalf of the Iranian LGBTIQ community and behalf of everyone who has now voice and no face. We will be showing visibility of the hope and the dream. That’s why we are here to make our dream come true.’

Holding Pride in Iran in secret

For the past seven years, many have taken ‘secret Pride’ pictures in Iran.

These involve a LGBTI person holding up a rainbow flag or a message to call for acceptance and tolerance in Iran. No faces are shown, as the threat of persecution is very real.

Ranginkamaniha (or Rainbows), in its eighth year, will hold ‘Rainbow Friday’ this week (28 July).

‘We are believing in the power of happiness, miracle of hope and the strength of colors, even in this world of superficiality and helplessness,’ they say, in a call for those to share pictures.

‘Our grief is not dimmed, but we, the rainbows of Iran are screaming our happiness as a shape of resistance and we keep our euphoria alive as the torch of justice.’

They add: ‘Awareness is brightness and by that we will take back our days from the night we all have drowned in, more than ever. Because we believe that humankind is remedial, and human being is beautiful and kind as strong as that can be relied on it.

‘It’s possible to overcome ignorance that dominates the world.’

Take a look at the pictures from previous Rainbow Fridays below: 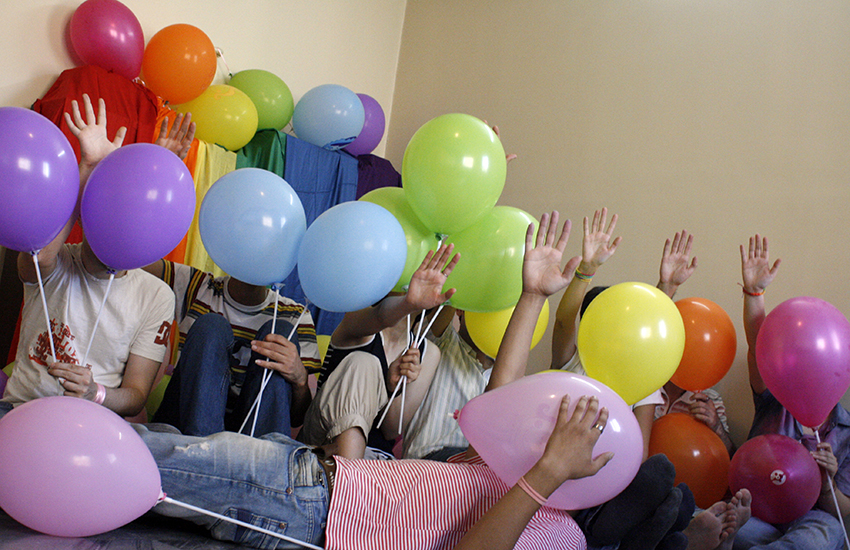 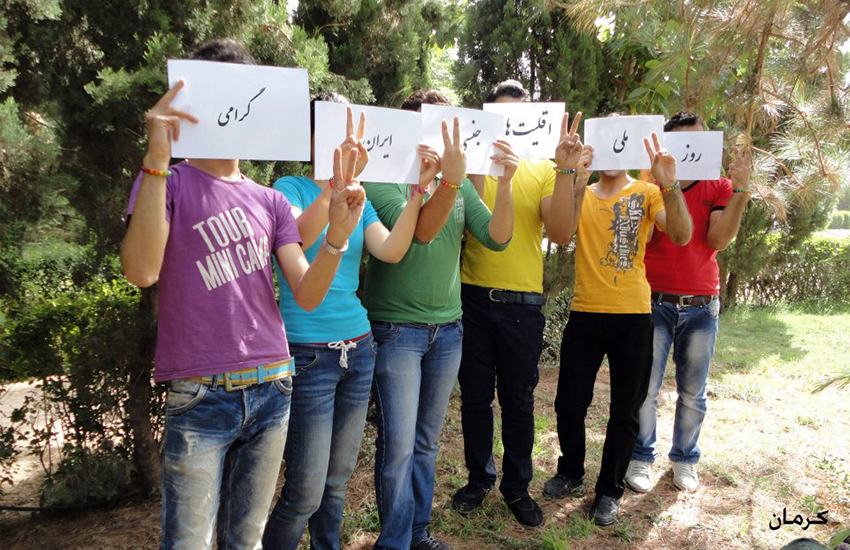 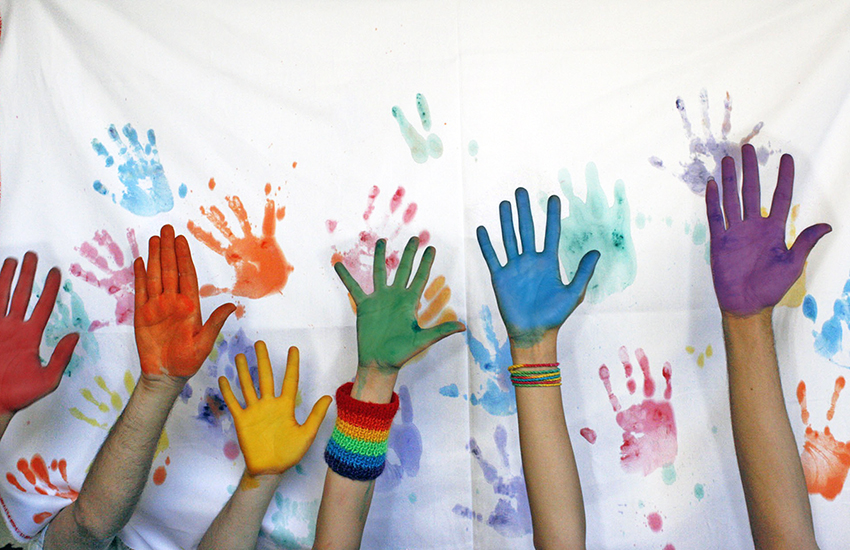 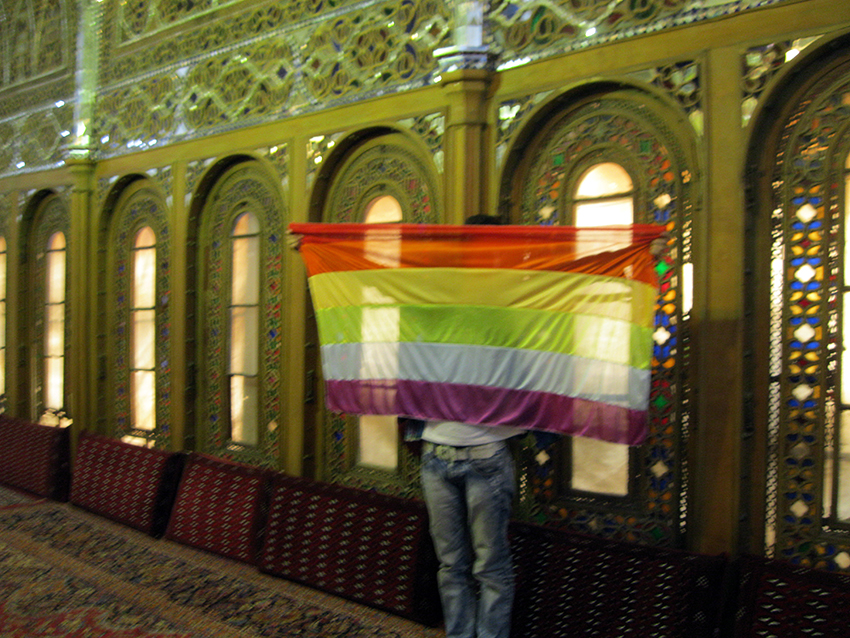 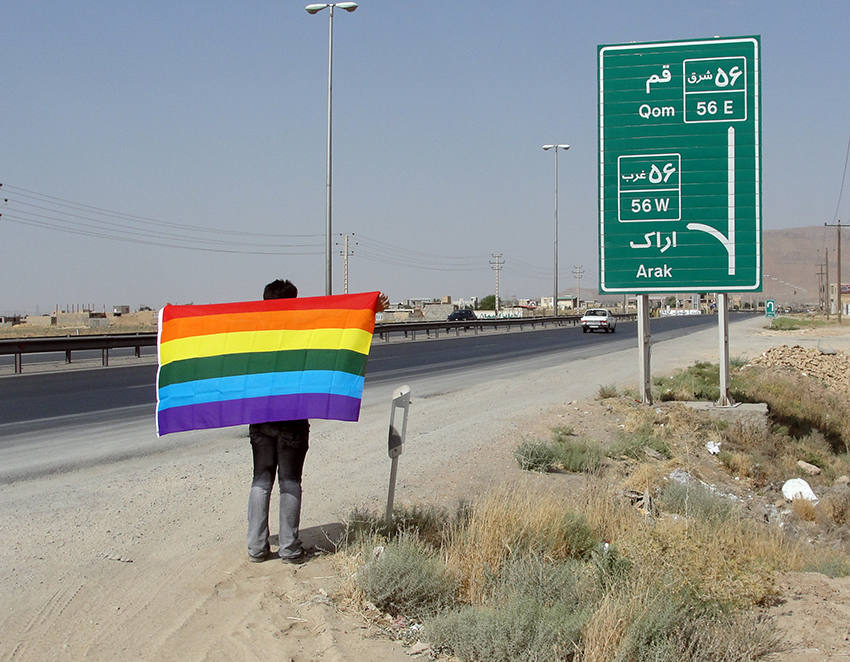 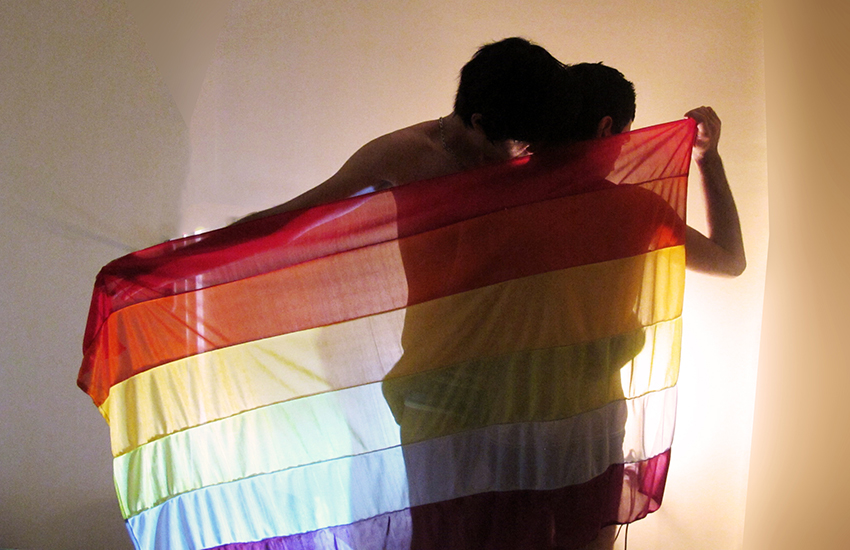 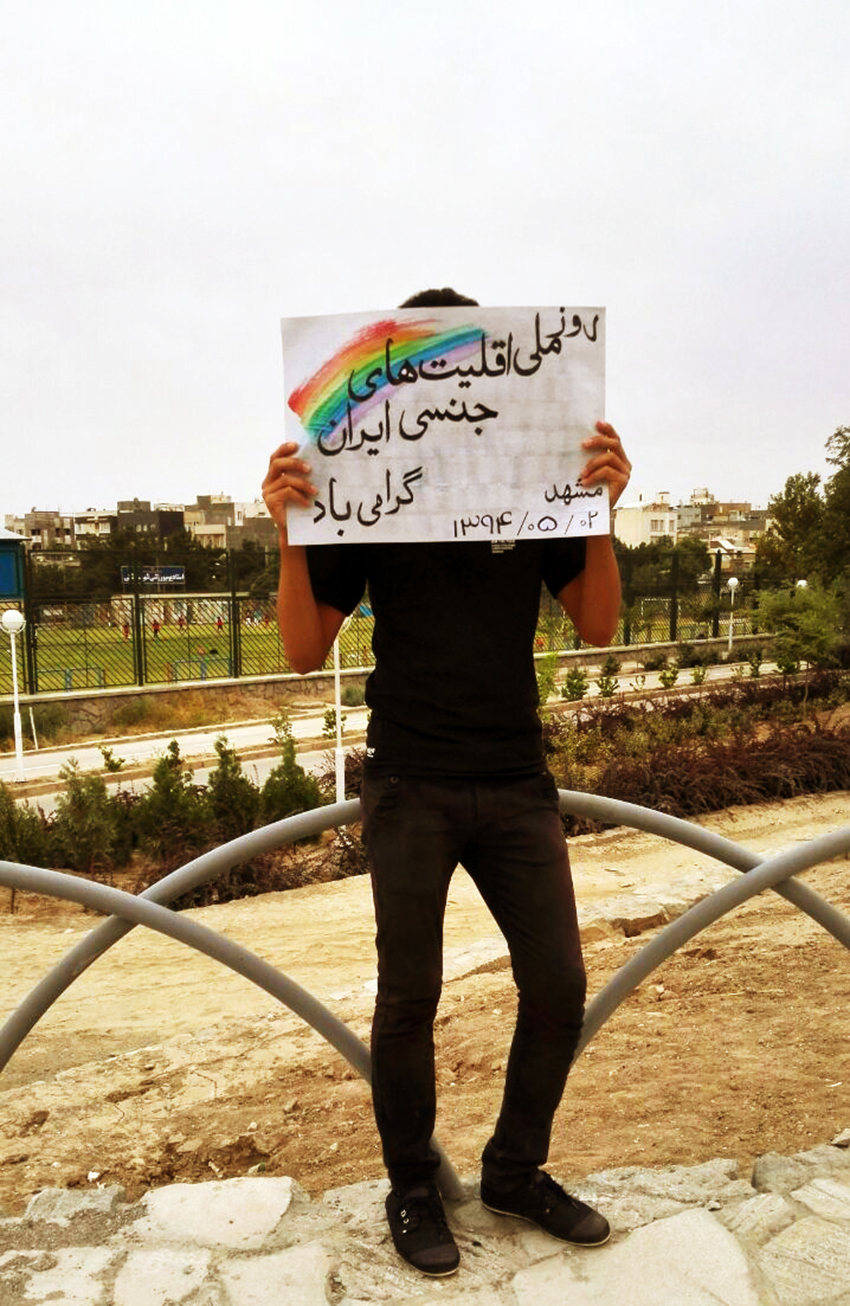 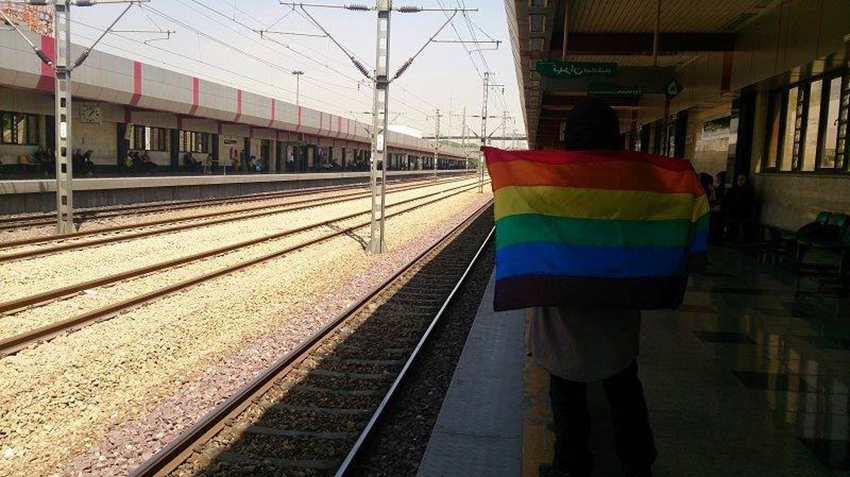 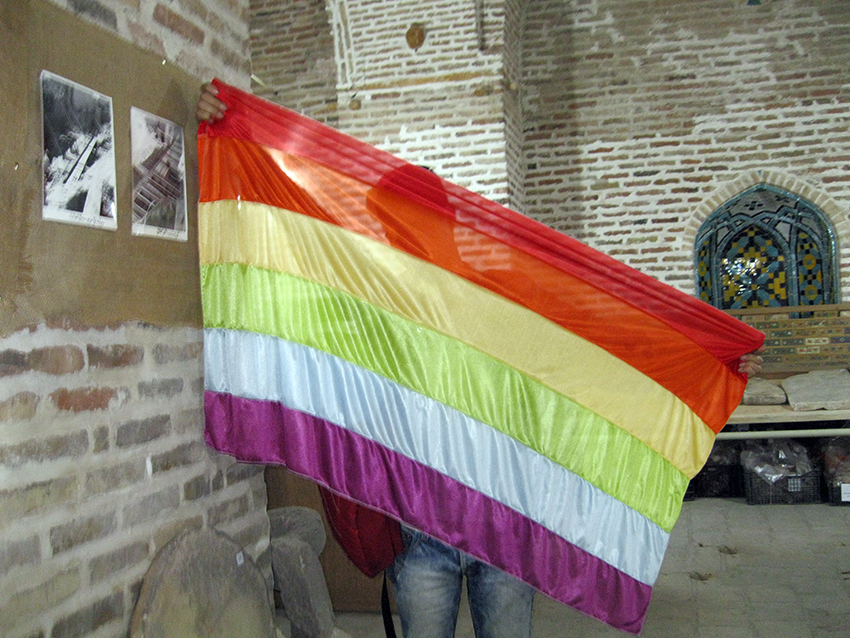 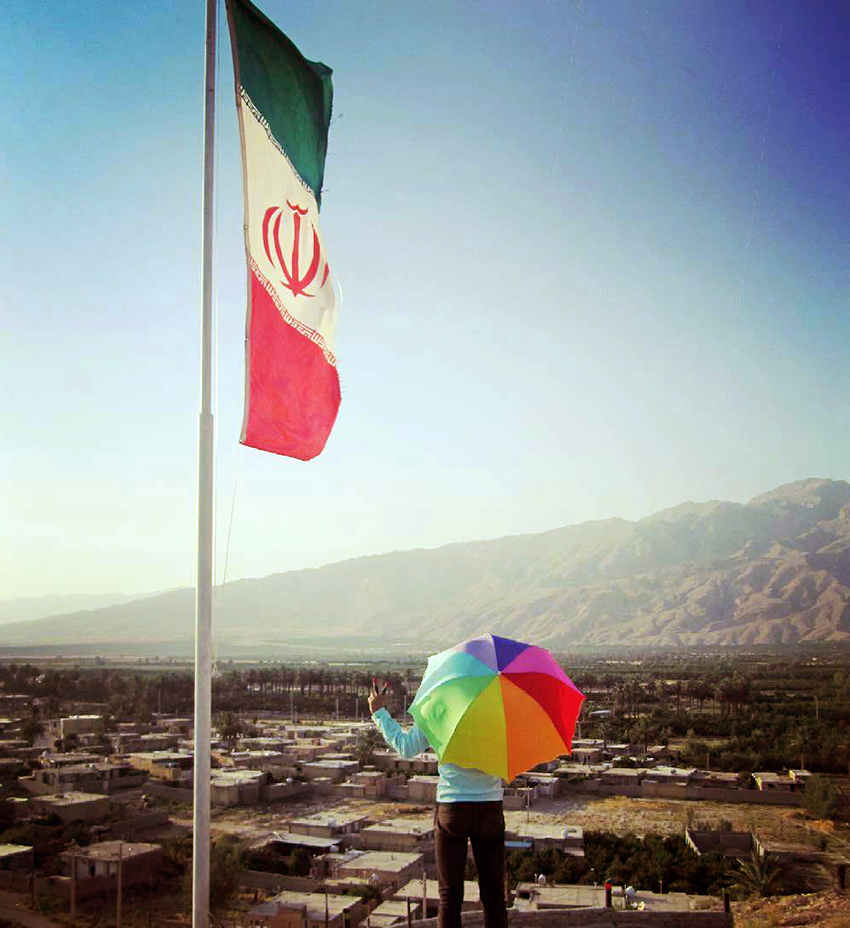 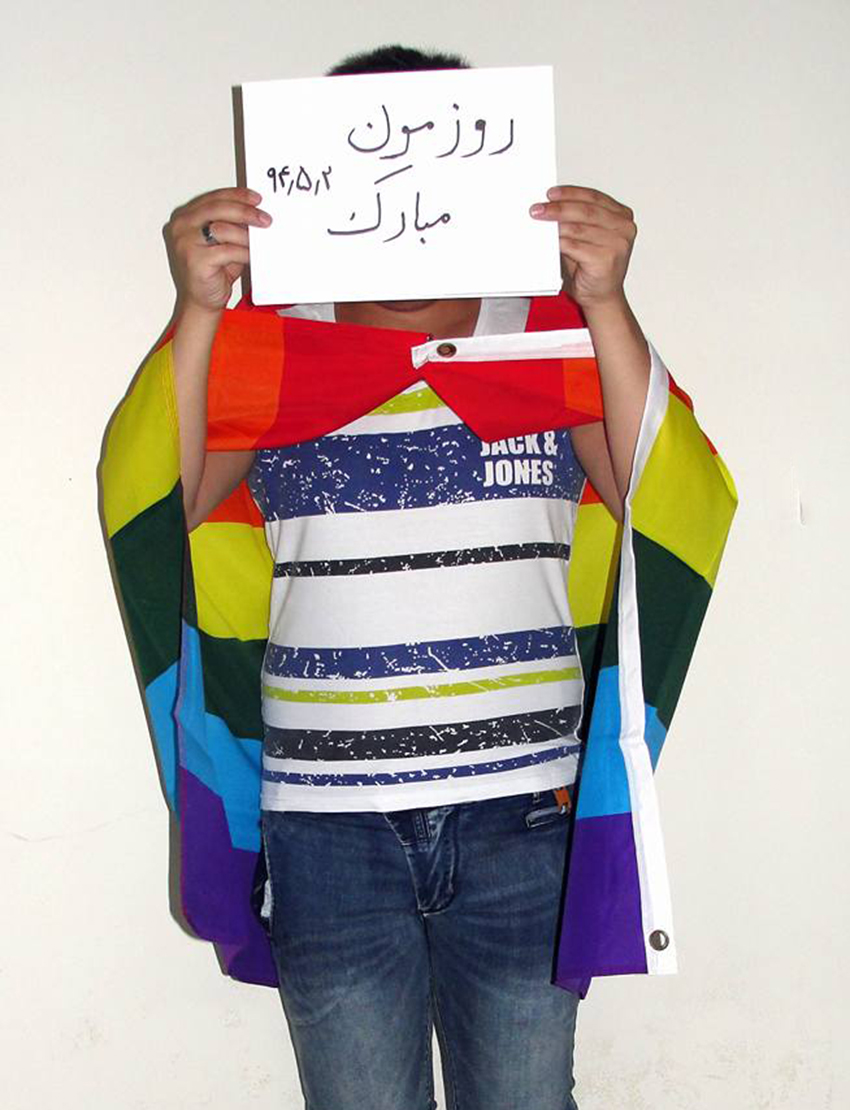 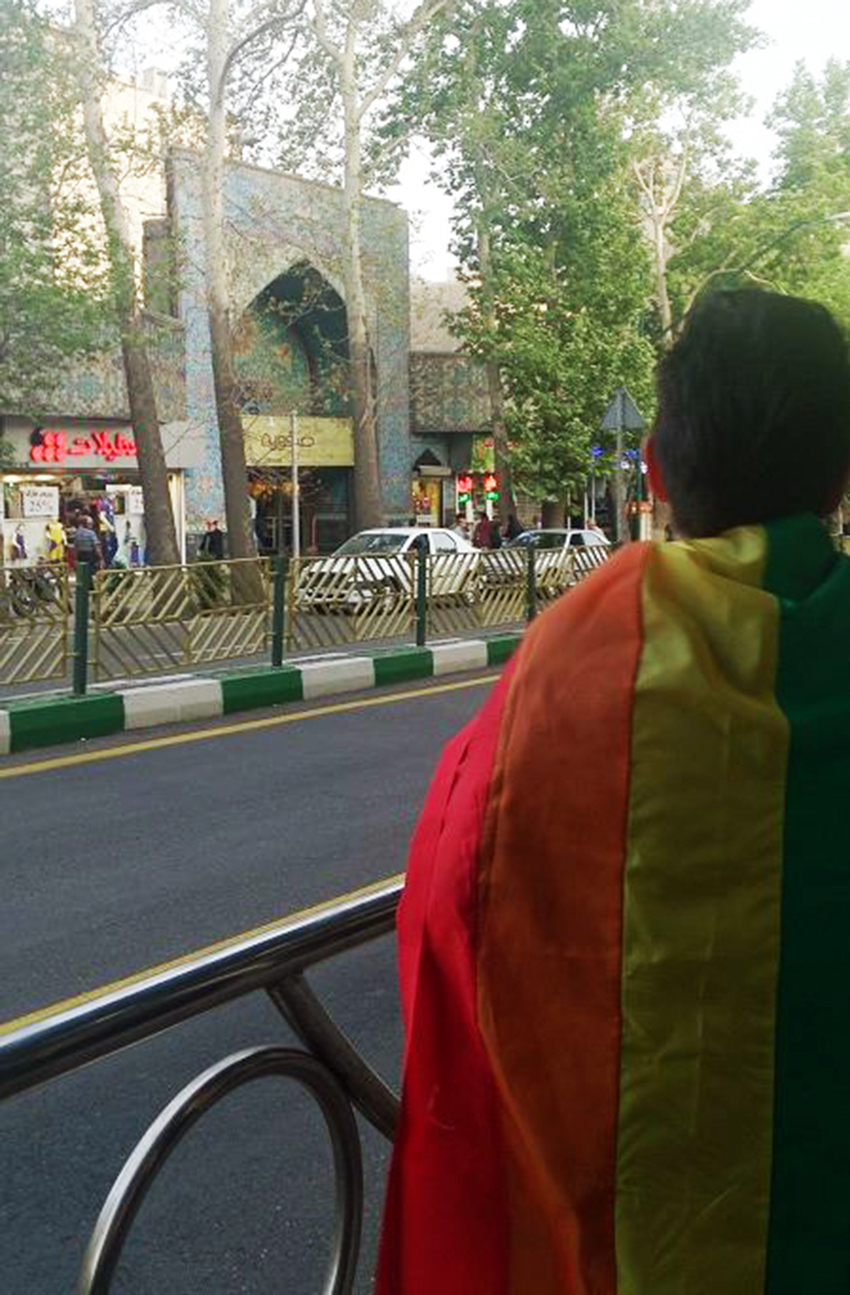