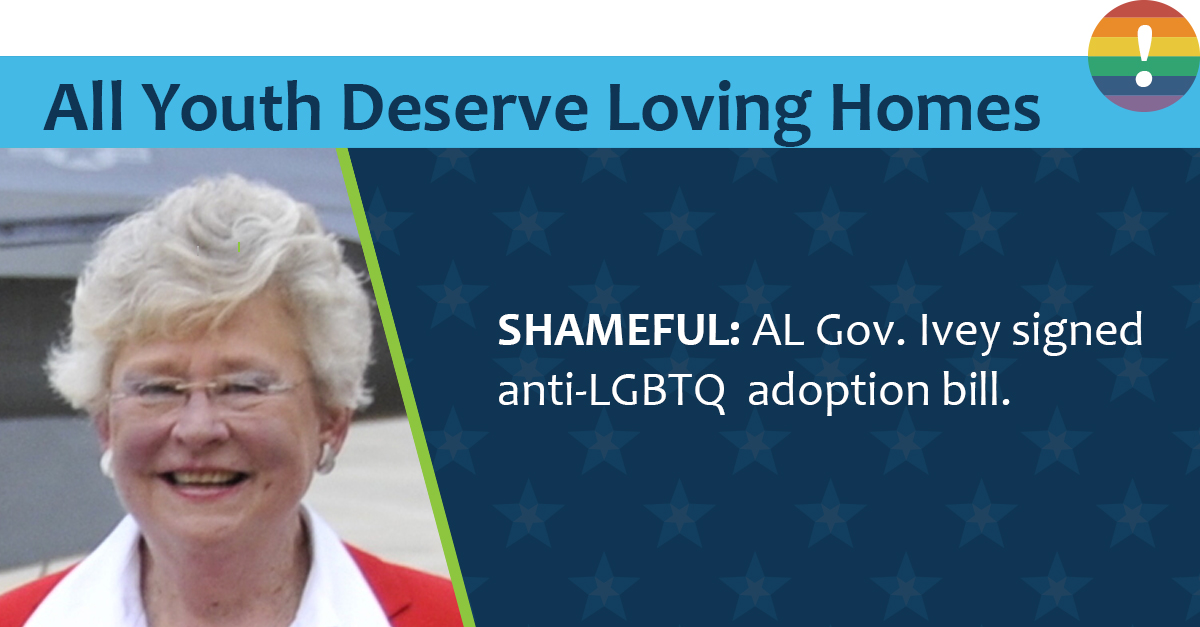 Alex Smith, Board Chair of Equality Alabama said, “When she was sworn in as governor, Kay Ivey promised her administration would be a breath of a fresh air from the scandals of the Bentley era, and we hoped she wouldn’t start her administration by approving shameful discriminatory legislation that ultimately does the most harm to children looking for loving homes. Unfortunately, Governor Ivey put special interests ahead of the welfare of Alabama children.

HB24 is a solution in search of a problem and allow state-licensed religious-based discrimination against LGBTQ persons – or any person with whom a placing agency has a religious dispute – hoping to adopt or foster one or more of the nearly 5,000 children in Alabama’s child placing system.”

Fran Hutchins, Deputy Director of Equality Federation said, “Governor Ivey claims that she wants to improve the image of Alabama and increase opportunities for all, so it is disappointing that one of her first acts as governor was to create a license for discrimination in adoption and foster care. Not only does this law put Alabama in a negative spotlight, it also decreases the opportunity for kids to find a loving forever home.”

Equality Alabama condemns this bill becoming law and giving our state’s approval to religious exemptions that are nothing more than a license to discriminate. Since, as Alabamians, “we dare defend our rights,” Equality Alabama is committed to protecting LGBTQ families from the harmful consequences of this shameful law.