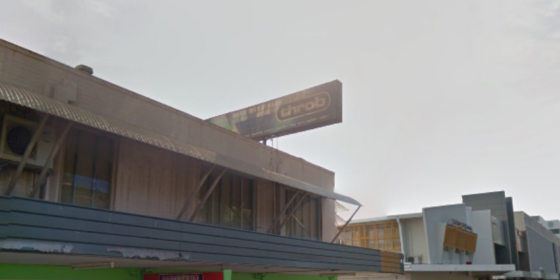 An Australian gay club has come under fire from sex workers for it’s controversial new show.

A local news site reported local queer sex workers have responded with disgust. The say the show ‘disrespects’ their line of work.

On the clubs Facebook page, some put the show in perspective. They likened it to ‘a group of sex workers having a ‘fag/poofta night’ or similar.’

One sex worker also took to the Facebook page to express her disappointment. Ryan Cole said: ‘You can’t expect to make stigmatizing posters appropriating parts of our lives you find funny or entertaining, use slurs and encourage people to dehumanize us, and think that people won’t be upset,

‘The disrespect shown to sex workers is deplorable’

Names of the characters in the show use the words whore, ho, slut and streetwalker.

A fetish escort was another unimpressed client. Catherine Gray posted: ‘I’ve been going to Throb for over 12 years now, but as a queer sex worker I definitely no longer feel safe,

‘The disrespect shown to sex workers is deplorable and inexcusable – both because of their chosen branding containing slurs/stigmatizing language, and because of the performers actively trawling comment sections to fight with sex workers who are rightfully upset about this marketing decision.

‘Whore belongs to us, get your own word.’

Another comment explained: ‘Hey Throb, just because you’re a gay club doesn’t mean you get to use disgusting and problematic slurs in your marketing in an attempt to be ‘edgy’,’

The comments have been deleted from Throb’s Facebook page.

GSN has reached out to Throb for a comment.