Eight Democrats sided with the Republicans over LGBT rights groups in a battle over a judicial nominee.

The Senate yesterday voted to confirm Joan Larsen to the U.S. Court of Appeals for the 6th Circuit, despite opposition from LGBT rights groups.

The judge was confirmed by a vote of 60-38 in the Senate.

The Senators backed Larsen despite opposition from 27 LGBT rights groups, who had penned a joint letter voicing concern about her record.

The letter had raised issue with her record as a judge, having attempted to deny parenting rights to a lesbian parent.

Judge Larsen had also penned a 2004 piece in which she attacked the Supreme Court’s decision to strike down Texas’ Sodomy law.

She wrote that “the lack of reflection [in the ruling] should alarm us”, suggesting the Supreme Court had “simply cited international conventions and the opinions of foreign and international bodies as if they were well-accepted sources of domestic constitutional interpretation”.

The letter from LGBT groups cited her record.

It said: “After reviewing the records of Justice Larsen, we have concluded that her views on civil rights issues are fundamentally at odds with the notion that LGBT people are entitled to equality, liberty, justice and dignity under the law.

“We wish to call to your attention aspects of their records that illustrate why these nominees pose a grave threat to the communities that our organizations serve.

“First and foremost, we continue to have serious concerns about Justice Larsen’s willingness to comply fully with the U.S. Supreme Court’s pequal marriage] ruling in Obergefell v. Hodges.

“In 2016, when Justice Larsen was serving on the Michigan Supreme Court, she refused to review an appellate court’s decision in Mabry v. Mabry.

“That decision concerned whether a lesbian parent, who did not have custody of her child and had separated from her partner of 15 years, could obtain parental rights under Michigan’s equitable-parentage doctrine, which applies to married couples. 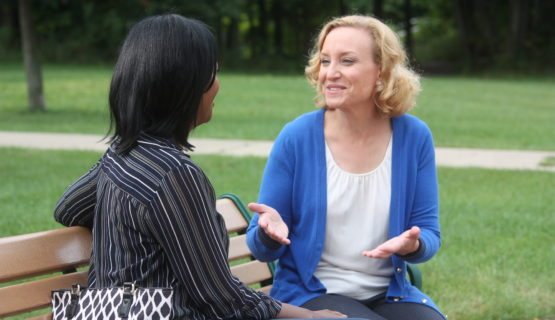 “After Obergefell was decided, the nonbiological parent filed a complaint for custody and parenting time pursuant to this common law doctrine.

“However, the appellate court found lack of standing for the non-biological parent to seek custody, even though during the entire period of their relationship, Michigan unconstitutionally prohibited same-sex couples from marrying and barred second-parent adoption between unmarried couples.

Justice Larsen’s wholesale rejection of this appeal is particularly troubling given that the children of same-sex couples and their constitutional rights were central to the Supreme Court’s analysis in Obergefell.

“Indeed, the children of same-sex couples and the right to equal application and access to ‘the constellation of benefits that the States have linked to marriage’ are core to the Supreme Court’s 2017 ruling in Pavan v. Smith.

“In Pavan, the Court summarily reversed a decision from the Arkansas Supreme Court refusing to list both members of a same-sex married couple on their child’s birth certificate.” 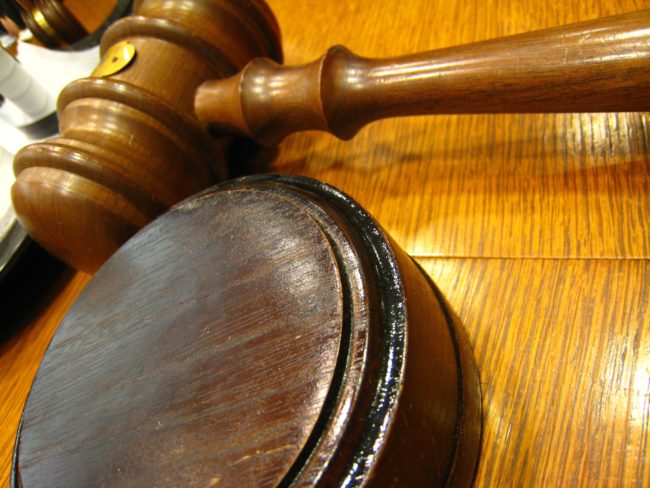 The letter adds:  “Justice Larsen’s scholarship and speeches do offer some insight into her narrow view of LGBT rights under the Constitution.

“Justice Larsen refused to comment on a 2012 speech to a chapter of the Federalist Society in which she criticized the Obama Justice Department’s refusal to defend the socalled ‘Defense of Marriage Act’ in court.

“In a 2004 article, Justice Larsen disagreed with the Supreme Court’s inclusion of international law and norms as a factor in deciding Lawrence v. Texas, the 2003 landmark ruling that struck down Texas’s sodomy law as an unconstitutional deprivation of liberty.

“Justice Larsen’s attempt to shield her views on this and other matters from public view, her record speaks for itself.

“Specifically, her criticisms of Lawrence closely align with one of the arguments advanced in the dissenting opinion of her former boss, Justice Scalia, whom she has described as ‘a great judge for the people of the United States’.

“A careful review of her record reveals that Justice Larsen shares far more in common with Justice Scalia than a criticism of Lawrence.

“They also share an approach to judicial decision-making that would essentially write LGBT people out of the Constitution entirely. Under the ‘Judicial Philosophy’ section of her Michigan Supreme Court campaign website, Justice Larsen advocated for taking an originalist-type approach, noting that ‘Justice Joan knows it’s not her job to legislate from the bench’, and ‘she understands our State Constitution is not a ‘living document’

“When asked to explain how an originalist approach to interpretation would comport with Brown v. Board of Education, Roe v. Wade, Romer v. Evans, Lawrence, U.S. v. Windsor and Obergfell, Justice Larsen refused to do so, and simply offered the same non-answer that she repeated during her confirmation hearing: ‘Each of the aforementioned cases is a precedent of the Supreme Court that binds me as a Justice of the Michigan Supreme Court and would bind me if I were confirmed to the Sixth Circuit.

“Needless to say, her evasive answers to these and similar questions have done nothing to allay our concerns.”

He is far from Trump’s only anti-LGBT nominee.

Trump recently nominated an Agriculture official who said same-sex marriage could result in paedophilia being legalised.

Sam Clovis, chosen to be Under Secretary for Research, Education and Economics in the Department of Agriculture, withdrew his nomination today, after being implicated in Robert Mueller’s investigation into Russian meddling in the 2016 US presidential election.

Clovis has previously said that homosexuality is a choice, “as far as we know”.

Human Rights Campaign Government Affairs Director David Stacy said: “Sam Clovis has opposed equality for LGBTQ people at practically every turn and even pushed the unscientific nonsense that being LGBTQ is a choice.

“It’s disconcerting that the Trump-Pence administration continues to nominate candidates who are as extreme as they are unqualified.

“Sam Clovis certainly fit that description, and while his nomination has today been withdrawn, it’s absolutely essential that the Senate reject the scores of other dangerous nominees this administration continues to push forward.”