The informal vote has no legal power, and will simply give a guide to MPs when the issue goes before Parliament.

The vote has led to a string of homophobic hate incidents, and Prime Minister Malcolm Turnbull has come under extreme criticism for pushing forward with the divisive vote.

Former PM Bob Hawke voiced criticism of the vote this week, attacking the current PM for the vote’s exorbitant price tag and suggesting he had “sold himself completely” to hardline right-wingers. 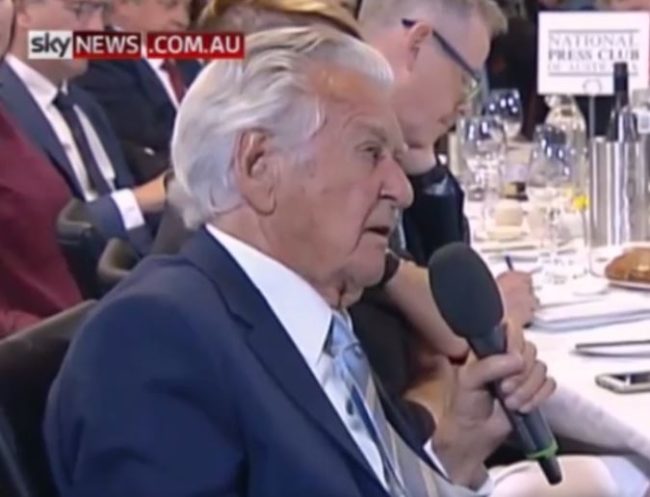 He said: “I genuinely believe that the decision by Malcolm [Turnbull] to have this postal vote is the worst economic decision made by any prime minister since federation.

“It cannot produce a decision. It still requires a vote of the Parliament. It costs $122 million bloody dollars.

“Can you imagine a Prime Minister would make a decision in these stringent times, spending $122 million on a process that can’t produce a result?” 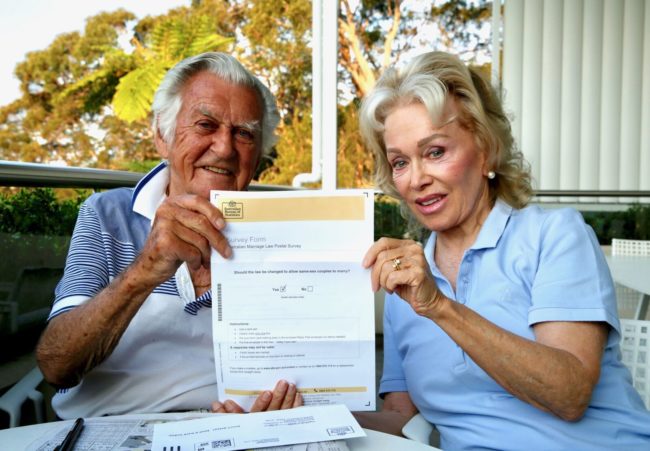 But the former PM was viciously attacked by another former Prime Minister, Tony Abbott, who appeared to question Mr Hawke’s mental health after his intervention.

In a radio interview Mr Abbott, the de facto leader of the ‘No’ campaign, repeatedly referred to Mr Hawke’s advanced age, calling him a “silly old bugger” and suggested he “is suffering from memory loss”.

Speaking on 2GB Mr Abbott said: “[Bob once] called a pensioner who gave him a hard time at a shopping centre, I think the phrase he used was a ‘silly old bugger’. 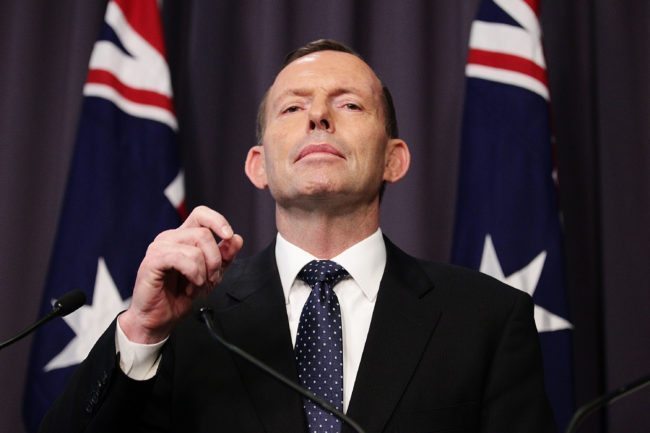 The Equality Campaign’s Alex Greenwich said: “Our campaign is delighted to have the support of one of the greatest Australian Prime Ministers because he is a man who has always believed in a fair go and this is simply what our campaign is about.

“Bob Hawke is showing leadership for a fair go and like millions of Australians wants to get this done.

“Marriage equality is a straightforward question of fairness and equality. Every Australian should be treated equally under the law and that includes being able to marry the person they love.

“Every Australian should be treated with the same dignity and respect and that is why we encourage everyone to vote YES and post back their survey immediately.”

He added: “We have been so encouraged by supporters across the nation who are getting behind the campaign for equality because this vote is about whether the members of our families, friends, neighbours, work colleagues and team mates will be afforded the same status and dignity as every other Australian.

“Civil marriage equality will not a change anything for the vast majority of Australians but it will make a profound difference to the lives and dignity of LGBTI Australians.

“This is and must be a unifying moment for the nation as we include all Australians in our marriage laws and send a powerful message that every Australian is equal.”

Related: Anti-gay leader Tony Abbott is a Savage Garden fan, but the band’s gay singer is not having it